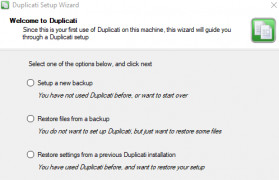 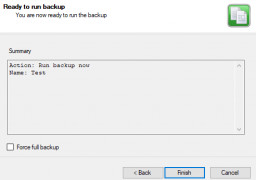 Duplicati is a software that allows the user to save encrypted backups online to their Windows, Linux, or macOS computer. This will provide the user with a strong sense of security as the AES-256 encryption that Duplicati uses protects their data. The user is also able to use GPG to encrypt their data. Duplicati will not share your backups or data with any 3rd party applications or different companies.

With the rise of technology over the past few years, Duplicati will slowly become one of that must-have software to makes sure nobody and nothing is able to access or steal your backup data. Duplicati has a web-based user interface allowing for the data backups to be accessed on any machine under the same Duplicati account. This feature is great for any office worker or personnel who will be starting work on one computer and finishing it on another computer elsewhere—thus making it a great way to run efficient team projects in different locations on different machines as well.

Duplicati works with the world's most popular services like Microsoft one drive, amazon s3, google drive, Mega, and many others. This gives the user reassurance that what their getting is not a scam to steal their data, but a very trusted source. But one thing that makes Duplicati stand out from any competition is how data-efficient it is and how it handles network issues so easily.

Another helpful aspect of Duplicati is the fact its free software that you don't need to pay a single penny for, meanwhile being open-source, meaning that you can use it freely even for commercial use—overall making Duplicati an essential for any project workers, office workers or any personal use.