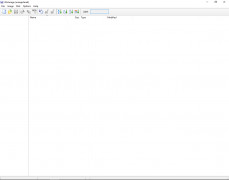 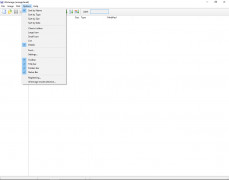 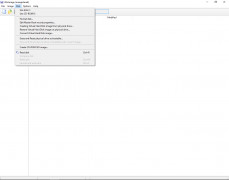 This software has a unique feature known as a Batch Assistant mode, which helps the user to make many operations automatically without any problem. In the latest version, this software supports NTFS and Linux images, which are very needed nowadays. This software not only supports the English language but also French, German, Italian, Portuguese, and Spanish, which used by most people worldwide. The user does not need to buy the product initially because the software provides a trial period of 30 days for the usage. After which if the user wishes he can buy the product.

OLD VERSIONS
WinImage 8.00 (0.61 MB)
WinImage 9.0 (0.71 MB)
USER REVIEWS AND COMMENTS
Abby
Winlmage is a good one. This help me store more information, data from my computer and laptop. This is a good choice! A must buy! You won't regret buying this product,
Lucas
The batch assistant feature on this software is incredible. It makes things much easier for the not so tech savy people like myself. This Program also allows you to extract information from floppy disks and enables you to put the information on flash drives. It is very convenient and easy to use.
Joseph
WinImage allows for easy creation and editing of videos and other files. I love that it seems to offer an easily accessible place to do this, rather than needing CDs. The 30 day grace period is also amazing, as it allows you to try it first before committing. By reading the instructions, it seems like it is very easy to use. I think that this product serves a great need for many people.
Harris Jackson
Off the bat I felt as though there is a lot of writing on the first page. The front and size is also very small and hard to read. I do like that it is very accessible to download and there is a description by each download option. And on the left side there are links with frequently asked questions.
Luke
winimage for windows is a tool application that helps you to create your own custom boot disk with hardware diagnostic . Its a utility based on computers that create different formats on the file systems of any identified windows device. It cab also used to extract images files, manage USB flash disk and imaging various programs
Leo
Got a bunch of floppy disks gathering dust in your attic but you don’t have any modern way of transferring them? WinImage is here to assist. WinImage is a program that is able to create and replicate disk images so that copying entire drives as well as partitions of drives (including those ancient floppy disks) and makes it super simple and easy. Some of its features include: Disk Image Creation, File Extraction from disk image, Disk Image Format changing, Defragmentation, and a wealth of other options available so that even beginner level computer users can operate this program as if they had years of experience. So if you need to backup or simply replicate a large number of files, WinImage is an option you can’t miss out on.
Oscar
Have you ever faced a problem of your hard-disk crashing at home,office or school. The problem of software crashes is common among many computers. WinImage for Windows is the solution to these problems. It helps to create a backup of files from you PC onto a hard disk and saves you tons of time required to restore a system and its configuration when it has undergone crash. It helps you to run the software to clear your computer of any virus and bring back the system to its original state without being in windows. It is a must have tool to quickly restore your system configuration in events of crash.
LEAVE A COMMENT ABOUT THIS PRODUCT
MakeMKV
AVI to MP4 Converter
MediaHuman Audio Converter
Greenshot
MKV to AVI Converter
RELATED PRODUCTS

Music Rescue
This software rescues music off of devices to save as backups.
Download Music Rescue