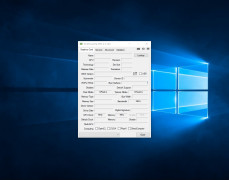 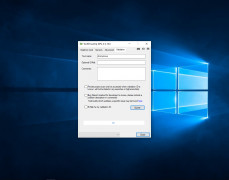 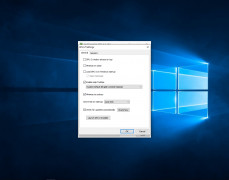 GPU Z is a complete lightweight system that is designed to provide critical information concerning your video cards and graphics processors.

The features are packed into the GPU-Z and there are many to cover including being able to support the big graphic devices such as NVIDIA, AMD Ryzen, AI and Intel graphics.

It also displays adapter and GPU information that you may need and could be useful for you, you are also able to see overclock information along with default clocks that haven't been overclocked along with 3D clocks which aren't normally used but are there if available. You can get GPU load testing to verify and validate configurations for express lanes.

GPU-Z provides very handy and vital information that could be useful.

The product supports multiple Windows OS's including Windows XP, Windows Vista, Windows 7, Windows 8 and Windows 10 which also includes both 32 and 64-bit versions of the Windows Operating Systems. The product is completely free to use for personal uses and commercial uses but it's not allowed to be redistributed as a commercial package. The product is definitely good and comes in handy when you need to diagnose and troubleshoot problems on your computers such as if your PC were to crash while running a program or playing games on your PC.

If you run the GPU-Z in the background in the text files information you can learn whether the card is being overheated or certain issues that may be occurring which is forcing the program that you're running to crash.

For most people, the information used here is very valuable and can be used for multiple reasons to make sure you are informed to see what's happening and learning more about your PC. Which makes troubleshooting any issues that could occur easier as you can identify the problem a lot easier and quicker along with fixing it.

CleanMem
Keep your operating system working as fast as you did when you first bought it!
Download CleanMem