A compiler and development kit for the C language 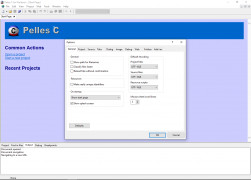 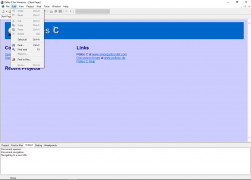 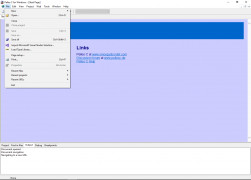 Pelles C is a tool kit for development in the C language. It comes completely integrated with a large number of different programs in order to make compiling new C programs as easy and simple as possible.

One of the best features of Pelles C is that it comes with its own resource compiler! That allows you to very easily tie in necessary resources to any program that you're developing so the end user will only have to download one file instead of multiple files. This can be very helpful if you're sharing over a slower internet connection or have limited computer space.

Additionally, it comes with resource editors for dialogs, menus, images, cursors, and animated cursors among many other things. Using this to your full advantage will allow you to create highly customizable programs which people will be able to immediately recognize and tie back to your brand! This is great for marketing purposes.

Pelles C requires a Windows computer running Windows Vista or later. Additionally, there is a version for the Pocket PC. It is a completely free program allowing you to have its full functionality upon installing without having to pay anything at all! Pelles C is certainly a worthy program for anyone who has any interest in the C programming language to check out!

Pelles C integrates a large number of different programs and features together.

USER REVIEWS AND COMMENTS
Mary Leep
Pelles C is a handy tool for any developer of the C language. Its easy-to-use, streamlined interface allows the user to quickly and effortlessly compile their programs in a simplified way for the end user. Its numerous features allow creators to focus on the end result of their work, not the struggle to get there.
David
What a fantastic software package. As a developer, coding C progrmas in university and afterwards was always quite difficult. With Pelles C, it has made the task of developing C programs easier, faster and more efficient. The debugger is fantastic for the development stage, and the compiler is great for delivering the program to the end user!
Hunter Olivares
a windows software for older computers for installing debugging and editing software and apps.
Caleb
Pelles C for Windows is an excellent integrated development solution. In order to use Pelles C for Windows you start creating a new project by giving click in the File option, than new and select project, after that you can the type of project you want to do, give a name and click Ok button, once you have done that, in the right side of the screen of the program will be display the project that you gonna work in, next step will be introduce file by giving click again in the file section, than select source code option and after that you will have ready the page where you can type your program.
Daniel
I use Pelles C as my development tool kit for Desktop Windows. Using Pelles C as my Optimized C Compiler and my macro assembler. Using its IDE for project management, debugging and editor allows for quicker development, smoother QA and faster bug fixes. Our overall development timeline has been shortened by about twenty-five percent. The fact that it is open source and free makes it even better.
Caleb
Odds are, whether you’re a computer hobbyist or a professional, you are interested in creating apps that are synchronous with Microsoft and can be used with Arm Platforms, which are extensively used in Mobile technology. Pelles-C for Windows is a total system that allows this. The system includes many useful code functions. The C-compiler, instituted in part by the founder of the renowned company AI Pioneering, has been broadened to support further C standards. The 'Nullsoft Scriptable Install System,” which is used in the system’s install builder is the product of the prominent and eminently distinguished computer music media company Nullsoft, coveted by Microsoft and acquired by AOl in 1999. Editing options for the Pelles-C for Windows system cover regular and animated cursor activity, video, integrated bitmap and hex-dump and source code, to name just a few capabilities. There is also supportive editing available for dialog creation, menus, and string and accelerator tables. The system has a unified debugging capacity, as well as a range of other integrated and management capabilities. Though free to install and available online, users overwhelmingly opt for four-plus star out of five reviews when rating Pelles-C for Windows, citing the system’s simplicity of use and range of features.
Evan
Pelles C is a software that allows users to use a complete development kit for windows but only on desktop. The software includes many of the same items that can be accessed on Windows. The idea is that the software allows the users to use the same programs on a different platform. The software is available on Windows and is helpful to users who want a new platform with existing programs.
Callum
Pelles C is a Windows based software kit that allows software developers create within an integrated development environment that contains resource editors, a source code editor, and a debugger. Additionally, two utilities are also included in the kit, which include a code signing utility, and a make utility. Along with three compilers, including a "C" compiler, a resource compiler, and a message compiler. These are just a few of the many resources that come along with this developer's kit that will ensure easy and accurate development of your next software project.
Benjamin
I love using Pelles C for Windows because it's so comprehensive in terms of the development tools that it offers for my Windows desktop computer. Not only does it offer a macro assembler, but it also has the ability to compile messages and even provides an install builder. I can also take advantage of this program to use the development environment that's integrated within it.
Oscar
A complete development kit for windows, containing a C compiler, linker, message compiler, code compiler, make utility and install builder. It feature support for both 32-bit and 64-bit Windows, as well as support for OpenMP version 3.1. It's freeware, so you can try it out with no cost to you, the coder.
Robert
Pelles C is an awesome development kit and I have been using it for a few weeks now. It comes with many useful tools such as a C compiler, macro assembler, linker, resource compiler, message compiler, code signing utility, make utility, an install builder, and many more things. I recommend it to anyone looking for a free software development kit, as it is free and it gets the job done.
LEAVE A COMMENT ABOUT THIS PRODUCT
Arduino
MinGW
Neo Sign 0f Misery
CMake
Visual Studio Code
RELATED PRODUCTS

Arduino
Get the latest version from the download page. You can choose between the Installer (.exe) and the Zip packages
Download Arduino