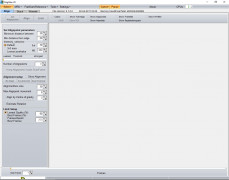 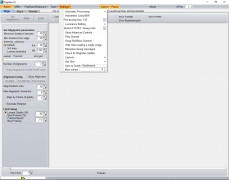 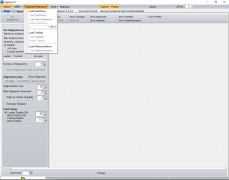 RegiStax is free to use imaging processing software based by a small team from the Netherlands in 2010. It's most commonly used by amateur astrophotographers, designed to run on both Windows and Linux operating systems. It's the main purpose is to produce high quality enhanced images of astonomic observations by combining a consecutive photo image stack of the same scene that was taken over a period of time. The RegiStax team was recently complimented on their high speed and quality image processing, and they're very prompt to fix any issues that ever arise within their product. RegiStax was in development for 10 years before it's initial release which is very impressive for a small time developing team to achieve for something so large, that just goes to show the effort and values they give into giving the best product possible.

One of the major components that enhance the speed of which the images processes is thanks due in part by the multi-core environments. The interface is clean and can be translated in many different languages which is always a plus for anyone getting into astronomy.

A huge breakthrough is when they discovered the technique known as trapping noise which is basically done by using Gaussian wavelets. One of the downsides is if you don't have a strong enough CPU you might not be able to run RegiStax at full speed capacity due to their use of multi-core processing.

It's free to use, and is an older product developed by a team based in the Netherlands that works great for amateur astrophotographers.

Another great feature RegiStax has is the renewed alignment module which aligns and optimizes and also it can track align points in less contrast-rich areas.

My favorite feature is the automatic processing which allows RegiStax to go from one stage to the next without making things complex or complicated. Overall I would highly recommend RegiStax as software for any aspiring astrologist, or anyone who likes image stacking as a hobby.

OLD VERSIONS
RegiStax V3 3.0.1 (0.84 MB)
RegiStax V3 6.1 (3.07 MB)
USER REVIEWS AND COMMENTS
Aidan
RegiStax V3 is a image processing program, made from a small team in the Netherlands. It's free to use. It's designed for beginning photographers, it's easy to use and learn. It's very fast processing, capable of producing results in seconds. The program is also available in many languages.
Noah Gearhart
I have been searching for a useful computer software to manage my photos and I am so happy to have found the RegiStax v3. Never has image conversion and stacking been easier! And I cant believe it is free!
LEAVE A COMMENT ABOUT THIS PRODUCT
DVD-Cover Printmaster
Seal Maker
Greeting Card Designer
Iconion
exPressit SE
RELATED PRODUCTS