Software to enable a start menu for Windows 8 operating system 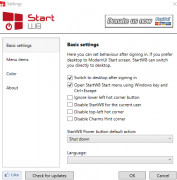 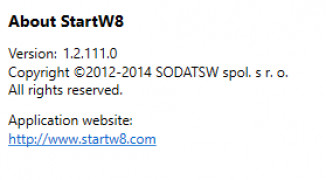 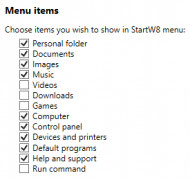 First of all, you might wonder why people are still using Windows 8 ? well, there are many reasons, some people just prefer it, and also

some of the software that individuals and businesses use will only work on windows 8.

Now the problem with windows 8 is that there is no start menu that you would expect on an operating system like Windows 10.

The STARTW8 software for windows enables a start menu, which gives you quick access to all your files and applications, and the best thing this software is free!

An example of how this software could be beneficial would be in a business environment where a piece of software is being used to complete a vital task to support the business. The head of the IT department would love nothing better than to upgrade all the computers in the office to a more modern operating system like Windows 10, for instance, but the software that is vital to the running of this business will only work on Windows 8 operating system. All the workers in the office are very familiar with the Windows 10 operating system as they would use this operating system on their personal computers. The IT manager could download STARTW8 on to all the computers in the office. In that way, all the workers would have a start menu on their own PC, which they work on every day, creating a much more user-friendly and efficient workplace.

The software that these types of people use may very well be available on a Windows 10 operating system, but they might actually prefer using the version which is on the Windows 8 operating system, with STARTW8 this will give them a much useful start menu to make their hobbies a lot easier.

It is a natural habit to always go straight for that start menu when using a Windows operating system, and knowing it's their wether your using Windows 8 or Windows 10 would be a powerful tool. And the best is this is free!

Gives you a start menu for windows 8

Features:
OLD VERSIONS
StartW8 1.1.34.0 (1.41 MB)
StartW8 1.1.41.0 (1.72 MB)
StartW8 1.2.42.0 (1.73 MB)
StartW8 1.2.43.0 (1.96 MB)
StartW8 1.2.44.0 (1.2 MB)
StartW8 1.2.45.0 (0.67 MB)
StartW8 1.2.111.0 (1.03 MB)
USER REVIEWS AND COMMENTS
Lewis
I really like this because the original system for Windows 8 does not have the old start up menu we are all used to and grew up to love using. I was rather disappointed when I found out that Windows 8 did not have the old start menu, it just didn't make it feel right. I found myself unable to get used to it. I was really relieved to see that there is now a program that can allow you to have a layout that is similar to the older systems we all have grown accustomed to. I also really like that you can customize this program as well. It is very similar to the old Windows systems configurations to where you can customize the font, the colors and the transparency of the start menu. This program also does not interfere with your current system, it configures very nicely. I am very satisfied with this program and would highly recommend it to anyone who has a Windows 8 system and misses the older layouts of the previous systems. It is simple to install and set up, and very user friendly.
LEAVE A COMMENT ABOUT THIS PRODUCT
Muezzin
NumLocker
gMote
Keyboard Tweaker
LikeNEWPC
RELATED PRODUCTS