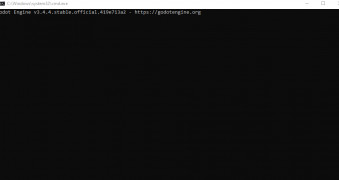 Gadot for Windows is a 2d and 3d game engine that has been developed by a community of users. Whether you are an advanced programmer, a novice, or somewhere in between, you will find that Gadot is an excellent game development tool that will let you make and test realistic 2d and 3d games. It works across all kinds of different platforms and is compatible with various devices, including personal computers, consoles, cell phones, and web browsers. I totally trust Gadot because there are no hidden tricks or fees.

Because it is an open-source game engine, you can use Gadot for free. One of my favorite features of Gadot is the part of the site that lets you show people what you've developed. You can also check out what other users have developed, learn about events that are coming up in the community, and get help with any needs you have related to software or development. Some other features that I've found useful are the visual editor and the ability to create my own tools, customized to how I like them.

If you have a vision for a tool that doesn't exist yet, Gadot will let you make that tool a reality. I'm not a programmer by any stretch of the imagination, but I find Gadot very simple to use because of how intuitive it is. Moreover, it works with a lot of different types of coding languages. Not only does it provide support to languages like C++ and Python, but you can also use Nim or GCScript.

I have not encountered any issues using Gadot despite having very limited programming abilities. The scenes are also incredibly flexible, and you can edit your games live. Lastly, I like how Gadot has a lot of nodes that are already built-in, so it's not much work to just pick and choose what you want.

Allows developers to make games regardless of programming background or experience.

You'll be able to work with other gamers and developers to share ideas or get feedback since Gadot is an open-source game engine.

OLD VERSIONS
Gadot Engine 3.1.0 (22.49 MB)
Gadot Engine 3.4.4 (36.46 MB)
USER REVIEWS AND COMMENTS
Murray
Gadot Engine for Windows changed my life. It's a free and open source software that makes game development so much easier. It comes with reusable libraries. It's completely free and open source. I can use it to develop my games with so much more ease. It can render 3d designs so beautifully.
LEAVE A COMMENT ABOUT THIS PRODUCT
Path Copy Copy
Largest Files Finder
Portable Pulover's Macro Creator
Articulate 360
WhyNotWin11
RELATED PRODUCTS