Give your computer the ultimate protection with TDSSKiller for Windows 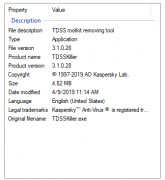 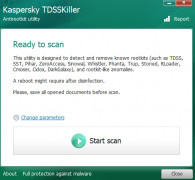 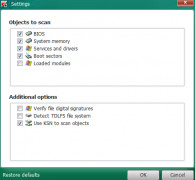 Even if you have good antivirus protection and are careful to update the virus definitions on a frequent basis, even the greatest antivirus software in the world is useless against the powerful black magic of the rootkit. What is a rootkit? To understand that, you must understand that, deep in your computer's operating software are areas where nothing can modify, called the root kernel of your PC. Even antivirus software is turned away at the door to this specially protected area. Yet, malicious forces have conspired to create evil software that pretends to be trivial and benign, but that has been made to contain what is called a "payload" of extremely dangerous code which sneaks into your machine, hides in the deepest part of its code, and make it do the bidding of the dark forces that created it.

What does a rootkit do? It prepares the way for a darker and even more dangerous program to evade detection by hiding under its coattails and evading your antivirus software. Then the secondary attack can steal your credit card numbers, drain your bank account and sell access to your deepest most private data to never-do-wells who can piggyback behind it with their own horrible trojan monstrosities.

So, is there nothing you can do? Must you be a victim of these clever and evil probes from the lowest criminals on the planet? No, it does not have to be that way! Kaspersky Labs, one of the most advanced and trusted computer security labs in the planet, has in its most secure vaults developed the amazing, useful TDSSKiller, which is easy to use and can shore up your PC's defenses to protect it from rootkits and the horror that they can bring. Installation is a breeze, and once installed, a full security scan takes as little as 15 seconds!

Kaspersky is a name you can trust. Founded by a computer security genius almost a quarter of a century ago, Kaspersky labs currently provided state-of-the-art security software like TDSSKiller to over 400 million individuals and 270,000 major corporations all around the world. Get your free download and start safer computing today...you will be glad that you did!

Root out rootkits before they root out you