Manage and mount disk images and RAM disks in Windows 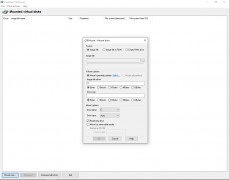 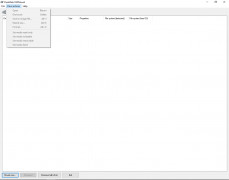 Passmark's OSFMount is a free utility meant for use with Passmark's OSForensics package or standalone data recovery efforts. It allows the user to mount recovered disk images in a read-only mode for safer recovery of data. You can access mounted disk images by drive letter as if they were a physical disk on your computer. OSFMount can also mount a disk image as a RAM disk, allowing much faster access. You can use a RAM disk to accelerate the performance of programs like games, browsers, or databases. In addition, since RAM disks are deleted when the machine shuts down, you can use them for secure applications holding data you don't want to be recovered in case of a crash, theft, or other loss. When the RAM disk shuts down, unless saved, all information in it is gone.

OSFMount is regularly updated and has been available since 2010. It works with Split Raw images, System Deployment images, NERO NRG files, and Advanced Forensic formats with metadata and directory images.

OSFMount is the fastest RAM disk software available, can mount a vast number of disk image formats, and is a must-have standalone program that also works with Passmark's OSForensics package to aid data recovery. And it's free!

ADDITIONAL INFO
OLD VERSIONS
OSFMount 1.5.1015 (2.06 MB)
OSFMount 2.0.1001 (3.5 MB)
USER REVIEWS AND COMMENTS
Jason Proctor
What an amazing software. Lets me do what I am already doing with different software at a much faster. I have many files that I need to mount to the vitrual drive and this software is useful because its lets me mount file with ease.
Brodie Adair
the software is a free tool that allows disk images to be mounted into Windows with a drive letter and also create RAM drives. OSFMount V1.4 has been released today with additional support for more image file formats.
Jayden
OSFMount is a software that allows the user to mount local dd image files in all Windows computers. The overall benefit for this product is that the speed is much faster over using a hard disk. The software can become really handy when launching apps that require high-speed disk access. What makes this software great, it's download size is below 2MB and Its free to download.
Nathan
Used this product to mount my virtual disk and found it really simple to use. Had no issues with it personally and think it’s probably worth paying for something reliable. I had tried a different product before this that kept failing to work properly and it was really frustrating but so far in a few weeks of using OSF I haven’t had any problems.
Angus
The software allows people to mount local disk image files and make a physical disk with it and also a drive letter. you can download it as a 64 bit and a 32 bit too. thankfully it is free and it is available on download.cnet which is a very renowned place to get software. This is a great app for disk utilities
Cole
This software is very useful for windows user. This software available for both 32-bit and 64-bit operating system and completely free. This software's system requirements is low. So, we can use without lag. There is a lot of software available in google. But i think this one is better for you, because it's easy to use.
LEAVE A COMMENT ABOUT THIS PRODUCT
MobiFiles
1Tree Pro
DiskGenius (PartitionGuru)
JJSplit
WinGrep
RELATED PRODUCTS

TouchCopy
Allows users to transfer data from iPhones, iPods, and iPads to a computer
Download TouchCopy