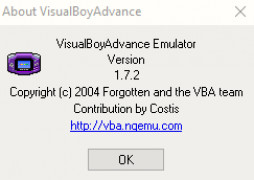 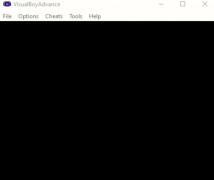 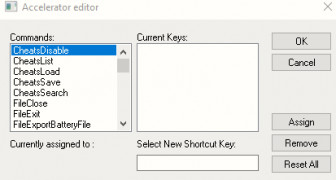 VisualBoyAdvance is a free virtual cross-platform video game emulator that is capable of playing any Nintendo Gameboy, Gameboy Color, and Gameboy Advance games right on your computer. This amazing software is compatible with various different platforms, such as Windows, Mac OS, Linux, and more. VisualBoyAdvance enhances many aspects of retro Nintendo handheld gaming while still keeping the nostalgic feeling alive. Not only is VisiualBoyAdvance the easiest way to play old Nintendo handheld titles on your computer, but it also enhances your gaming experience with additions such as in-game fast-forwarding, optimal HD graphics, and more.

The best feeling is being able to access a library full of old Nintendo games without having to go out and buy them or try and find them online. Instead, you can just turn on your computer, and play any game you want instantly thanks to VisualBoyAdvance. It also makes retro gaming so much easier than it was previously. I love being able to play popular games like Pokemon Fire Red, Sonic the Hedgehog, The Legend of Zelda Minish Cap, and tons more from my compatible library. VisualBoyAdvance also allows me to use a controller when playing these games, which adds a whole new way to play them.

You can also use VisualBoyAdvance to play custom games created by many people around the world. This keeps the game library fresh and lively with this awesome feature. It's always exciting finding new custom game ROMs that are able to be played with VisualBoyAdvance. I find myself playing many different custom games so I can determine if they are any good. Real-time game updates are accessible through this software, allowing for fans to translate games. Foreign games that would be impossible to understand can be played on VisualBoyAdvance, thanks to this feature.

Overall, I have thoroughly enjoyed using this game emulator. It's easy to install, is compatible with nearly any Nintendo handheld ROM, and entertains me for hours. Having the ability to play with every Gameboy console every made really is the icing on the cake. While I do miss the physical experience of holding a Gameboy and playing these games, I would highly recommend VisualBoyAdvance to anyone that has an itch to dive into the older classics from Nintendo and its array of awesome portable console titles.

VisualBoyAdvance requires that you have a computer with a compatible operating system. These include but are not limited to Windows, Mac OS, and Linux.

OLD VERSIONS
VisualBoyAdvance 1.7.2 (0.58 MB)
VisualBoyAdvance 1.8.0 (0.63 MB)
USER REVIEWS AND COMMENTS
Muhammad
Free emulator game. The program is simple, useful and fast conversion process. If any one interested about adventure game car racing this platform will support you by using this it rediscover my childhood days adventure. No lag on this program.
Matthew
This is awesome I get to play all the old games i use to play as a kid in my parents back seat. Much cheaper than going out and finding game systems that are high priced and sometimes rare. On the plus side you dont need an external light or triple A batteries or blow on cartridges. Some controls for games are slightly more difficult but easily learned.
LEAVE A COMMENT ABOUT THIS PRODUCT
The Sims 4
Fortnite Battle Royale
LEGO Mindstorms EV3
Fallout Shelter
Apex Legends
RELATED PRODUCTS