Winstep Nexus is a customizable dock that gives users quick access to their most frequently used applications and files. 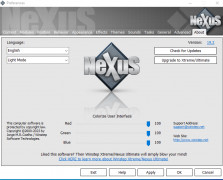 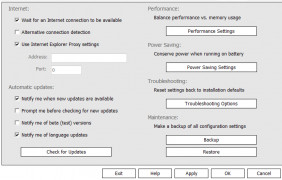 Winstep Nexus is an advanced docking system for Windows that allows users to quickly access their most frequently used applications, documents, and folders. It allows users to easily customize their desktop by creating and placing docks, tabbed docks, side bars, and task bars.

• Easily customize the desktop: Create and place docks, tabbed docks, side bars, and task bars to quickly access your most frequently used applications, documents, and folders.

• Intuitive and easy to use: A simple drag-and-drop interface makes it easy to customize docks and place them anywhere on the desktop.

• Live docks: Automatically update with the current state of applications and documents.

• Multi-monitor support: Easily drag docks to different monitors and arrange them in any way you like.

• Advanced shortcut support: Create shortcuts to any application, document, or folder and place them in any dock.

• Theme support: Easily apply themes to change the look and feel of the desktop and docks.

• Portable mode: Easily move the program and its settings from one computer to another.

• Network support: Easily share docks, themes, and settings with other users on the same network.

• Operating System: Windows 7/8/10
• Processor: Intel Pentium 4 or later
• Memory: 512 MB RAM
• Hard Disk Space: 50 MB free disk space
• Video Card: DirectX 9 compatible
• Monitor: 1024x768 or higher resolution
• Network: Internet connection for online registration and updates
USER REVIEWS AND COMMENTS
Ewan R******h
I recently installed the Winstep Nexus software and I've been very pleased with it so far. The user interface is very intuitive and the customization options are impressive. The dock can be resized and moved around the screen, and the app launcher helps me quickly access my programs. I also like that I can change the look and feel of the dock by changing the icons, wallpaper, and colors. The program also uses little resources and doesn't bog down my system. Overall I'm very happy with the software and would recommend it to others.
LEAVE A COMMENT ABOUT THIS PRODUCT
Mouse Extender
ueli
jPort
PowerChute Personal Edition
Keep Running
RELATED PRODUCTS