Cemu - Wii U emulator for Windows is a software product that allows you to run the Nintendo application games on a PC platform with high quality and resolution. 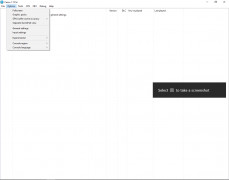 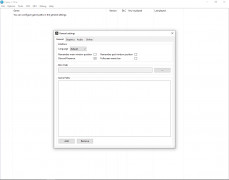 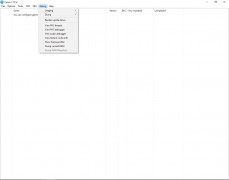 Cemu -Wii U emulator is a software application that was developed to run on a computer. This software also will provide you with the capability to customize some particular areas such as graphics, language, resolutions, etc.. Changing the settings allows for the customer to have a similar video console game graphics and resolution feel. The software is constantly updating its specification in order to provide a platform without glitches and keep the optimum graphical design aspects to features the customers are using to already seeing and using. Cemu supports various disc image file formats. The application additionally allows you to change some of your computer settings to support the play of the game right within the game. The Cemu Wii U emulator application requires your computer to have a minimum of 4GB of RAM. The application also requires you to have graphics with OpenGL 4.0 support. When using the game you additionally have the capability to be able to choose the type of controller you would like to use between the DRC (GamePad), Pro Controller and Classic Controller.

If you are looking for a way to continue to play your fun Wii U games but in your PC form, then this is the application for you. This application is constantly being updated to optimize the experience for its customers. The application was built to be customizable to just the right areas that matter to the gamer. The graphics, resolution, and customized options allow the performance of the games to give you similarly enhanced optimization as the Wii U.

OLD VERSIONS
Cemu Wii U emulator 1.7.0d (2.06 MB)
Cemu Wii U emulator 1.7.1 (2.07 MB)
Cemu Wii U emulator 1.7.2 (2.09 MB)
Cemu Wii U emulator 1.7.3 (2.1 MB)
Cemu Wii U emulator 1.7.4d (2.2 MB)
Cemu Wii U emulator 1.7.5 (2.2 MB)
Cemu Wii U emulator 1.8.0b (2.2 MB)
Cemu Wii U emulator 1.8.1b (2.57 MB)
Cemu Wii U emulator 1.10.0f (2.89 MB)
Cemu Wii U emulator 1.11.4 (4.04 MB)
Cemu Wii U emulator 1.12 (4.44 MB)
Cemu Wii U emulator 1.15.5 (7.07 MB)
USER REVIEWS AND COMMENTS
Cooper
Gaming is going through some major changes at the moment and with cloud gaming become more relevant its nice to be able to slip back to a simpler time of the console this WII U emulator allwos you to run all the wii u games you miss on the first time round.
Riley
This is the first time I see here a Emulator of the Wii U I hope I could find Wii that I way I could play the Wii on my computer.
Jake
Softradar looks like good software when you first open it up but nothing works on it it wont let me use the search bar to find music and the link to get to android doesn't work either I would not reccomend this to anyone
Kierger
CEMU is the abbreviation for "Cafe Emulation", and its name comes from the Power PC operating system that operates the Wii U (Cafe OS) hardware. It is considered one of the most complete and popular Nintendo Wii U emulators today. This emulator was released for Windows in 2015, but it really made its big leap with the arrival of The Legend of Zelda: Breath of the Wild (BotW) which did not offer its maximum power for the Wii U version. Therefore, the developers worked quickly allowing the rapid evolution of this software, achieving a high level of compatibility with video games. One of the reasons to use this emulator is because the Nintendo Wii U is no longer on the market. In addition, an emulator like CEMU has enough power and performance to increase the resolution and speed (fps) of video games (with a powerful desktop or laptop). It is important to mention the hardware required to use the emulator. The evolution of this program has allowed users to play highly optimized video games with excellent graphics. It is necessary to have powerful hardware capable of supporting it. The minimum requirements are: - Windows 7 (x64) or above - OpenGL 4.1 minimum - RAM: 4 GB minimum (more than 8 GB recommended) - Microsoft Visual C ++ 2017 X64 - Graphics card compatibility: NVIDIA GPU or AMD GPU This software allows loading graphics packages to modify games more deeply visually. That is, it will enable users to disable specific options by varying the resolution and other graphic elements to enjoy video games with higher or even lower quality (for users who do not have powerful computers). One of the significant advantages of this emulator is that it offers the opportunity to emulate DRC, Pro Controller, and Classic Controler. Similarly, It allows people to play with either the keyboard or the PS4 controller. The Cemu team continues to update and develop this software to expand its compatibility continually.
Jacob Tom
The Wii U emulator for Windows is considered a very popular game to play Nintendo Wii games on PC. The latest release was on April 17, 2020, where you can emulate games that support turbografx 16, msx, gameboy advance, and nintendo ds to name a few. All the gamer would need is a Windows 7 or higher and have RAM size of 4 GB minimum, 8 GB or more.
Rhys
I haven’t got the time and space for my Wii anymore so this emulator has been great for me in terms of playing the games I love without needing the console. I would definitely recommend it as an easy to use and fun emulator for people who loved the Wii U, even if you still have it this allows you to play the games at your desk when you don’t have time to use the console.
Adam
Cemu - Wii U Emulator: This is an software experimental application for PC, it is compatible only for windows 7 and higher version it helps in supporting Graphic cards like NVIDIA GPU and AMD, these are officially supported. The latest version of Cemu is 1.20.0c which was released on 17th July 2020. It has Gyro type functionality which helps in gaming. It provides high-speed gaming experience and enhances the gaming experiences. there are some technical issues way back in 2017 and all the important issues and bug fixes are resolved.
Scott
Honestly I've never been the biggest fan of the Wii but I did get a kick out of trying this thing. One of my favorite things is the ability to either use the keyboard as a makeshift controller or you can actually plug in your own Wii remote using USB and grind with that. The new update on the 17th seems to have really made things smooth, check it out.
Noah
Cemu- Wii U emulator is a free Wii U emulator for PC. CEMU stands for café emulator. It is a closed-source game console emulator for Wii U Console. It first came out in 2015. With a few tweaks, the emulator can also run games in 4K Ultra HD. The emulator gets updates every 2-4 weeks.
LEAVE A COMMENT ABOUT THIS PRODUCT
higan
Mame Plus
Project64
Better DS3
NullDC
RELATED PRODUCTS