A Nintendo 64 emulator. Port your favorite games from console to PC 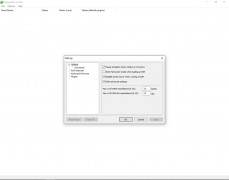 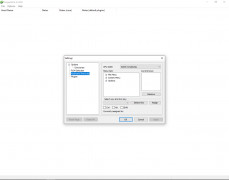 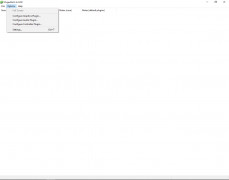 What can I tell you about Project 64? As someone who has used it for many years, it is an amazing contribution to the gaming world, allowing you to port your favorite games from the Nintendo 64 era from your console to your computer. With a library of almost 300 games for the Nintendo 64, you have complete control over what you want to play and when you want to play it. There is a completely customizable joystick for your plug and play controller, or your keyboard, whichever you prefer playing on.

You can even change the joystick sensitivity to match your playing preferences. Project 64 was written using the programming language C for Microsoft Windows and initially released 17 years ago in 2001. It's come a very long way with more and more compatibility and plugins being added over the years.

From graphics plugins to audio plugins to ensure any game will work to the best of its ability while being emulated. Since there was such a high demand on the project several other coders collaborated ultimately making the best possible plugins for each respective target, graphics, audio. keyboard, and memory card. Jabo possibly one of the most widely used and well-known plugins and developers made the self-named graphics plugin which is now up to version 1.7 for the most current version of Project 64.

It allows you to play your favorite games on the computer at any time, without the hassle of having all the plugs and console take up the space.

It allows many people that are playing these emulated games to not have to worry about changing their plugins all the time with high compatibility across the 300 games for Nintendo 64. Once you have a Nintendo 64 game it's only a matter of dumping the ROM or image file onto your computer and compiling it so there's no source of piracy or any way for anyone else to download it.

Overall as someone who used this product in the past, I could not recommend this as the greatest emulator of all time in my eyes. It definitely brings back a lot of nostalgia and I would give it a shot if you're into the Nintendo 64 era of gaming.

OLD VERSIONS
Project64 2.1 (3.53 MB)
Project64 2.2.0.3 (2.46 MB)
Project64 2.3.2 (2.28 MB)
USER REVIEWS AND COMMENTS
Elle Jay
This one I really love. This is a Nintendo 64 emulator, so you can play all your favorite games from N64 even in 2019! Some of my absolute favorite games are on that system, but it's not really practical for me to keep an old console and controllers lying around. I would definitely use this.
JESSICA LYNN DIEHM
Got it. Excellent job of packing! Everything works perfectly! Thanks!
Harris
Project64 marries the days of old and nostalgia with the modern technological advances to bring Nintendo 64 players back to their childhoods in the modern era. Project64 is an emulation program that “acts and performs” how an authentic Nintendo 64 would, with more customization and toolsets. Sometimes we just can’t find a working, non-priced gouged and suspicious Nintendo 64 console, and Project64 is here to help those who have those woes. With Project64, you’ll be able to live out your nostalgic moments once again, entirely for free!
Angus
Project64 software is completely written / developed in C++. This software mainly developed to N64 games in pc. Moreover, Nintendo 64 emulator is probably used. Since it is downloaded by emulator, no virus is attached. Hence it is a merit or good feedback. It is available in multiple languages. It should be running in Windows, Android. This software has special features.
Leon
I really love this program. I never had a Nintendo so I missed out on so many good games. Now I can play all the classics like Super Mario, Zeldas and so much more. I definitely recommend downloading. Really easy to play and understand. Project64 relived my childhood, made me cope up all the things I missed. time to play Nintendo games!
Caleb
This is absolute amazing! Sure, some of the gameplay isn't exactly as smooth as the actual console.. so what! The fact that I can play all these classic N64 games using an open-source software written using C++ is completely insane. Most importantly of course, for me anyways, is that it always saves properly. No issues with saving and starting next time like most old school emulators!
Finn
Project64 for Windows is a free open-source software for windows that uses a plug-in system that allows third-party groups to use their specific plug-in systems to implement unique components. This is one of the most performant emulators used presently and most specifically used for Nintendo. This program is used under the general public license version 2. This system is unique since it is not required the use of the BIOS system, which is unique. The development of this product started in 1998 and has grown ever since. A powerful, powerful tool!
Alexander
This program would get a six out of ten stars for me. I would say that this is one of the best programs for the Nintendo 64 in my own opinion and it works as a great emulator. The only downside of this for myself and many other users is the unsteady controls. I believe the maker could have used a bit more steady guideline for the control system
LEAVE A COMMENT ABOUT THIS PRODUCT
The Sims 4
Fortnite Battle Royale
LEGO Mindstorms EV3
Fallout Shelter
Apex Legends
RELATED PRODUCTS

Toribash
Simulates fights, with moves and sequences designed by the Users in a global arena.
Download Toribash

JoyToKey
Map buttons pressed on a game controller to keyboard and mouse movements, for use with games.
Download JoyToKey