Map buttons pressed on a game controller to keyboard and mouse movements, for use with games. 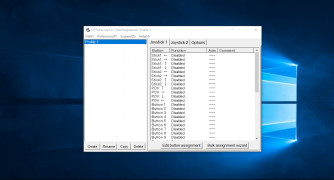 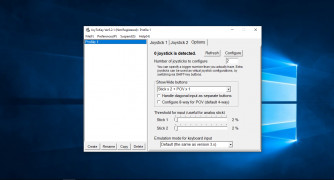 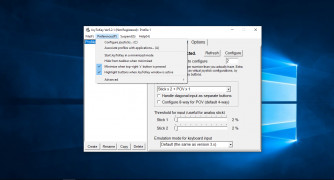 This software will map any gaming controller to any buttons that you would like it to, on your Windows PC.

It can map these inputs systemwide, in juxtaposition to how other programs may work, that is, just in one program or game. This means you could be editing video or photo with a game controller or other USB input device, need that be what your workflow requires.

One could also map many different controllers' inputs to their computer with this software, as it supports remapping of up to 50 joysticks and 128 buttons. This is a game-changer.

This software is good because it maps the buttons system-wide instead of just in the games you play.

Keycodes are also supported, meaning you can change the volume or pause your music with just the click of a button on your controller as you're gaming. This is a lot harder to do with other software due to the less novel way they usually will ask you for which key would would like mapped.

Is shareware, much like a lot of older internet software, so PC veterans will be accustomed to the small price that they may have to pay for continued use of this amazing software. This license only costs Seven dollars, a small price to pay for such a nice piece of software to have on your PC.

Overall, this software can be a game changer not only for PC gamers, but also for any computer user that has some spare controllers lying around. One may map any button to any key or combination of keys system-wide, plug in functionally infinite amounts of controllers, if they so desire, and do more with this valuable software than they could do with some more expensive pieces of tech.

The only requirement is that your PC be running either Windows 10, 8, 7, Vista, or XP.

OLD VERSIONS
JoyToKey 5.2 (0.72 MB)
JoyToKey 5.4.2 (0.74 MB)
JoyToKey 5.8.2 (0.88 MB)
USER REVIEWS AND COMMENTS
Ryan O'Neil
Having buttons where you want them or where you are used to them for that matter is any gamer's necessity. Using a qwerty keyboard when you are used to holding a controller is not natural to me. I would love a product that solves that problem.
Lewis Streeter
JoyToKey (or Joy2Key) enables PC game controllers to emulate the keyboard and mouse input, so that windows applications and web games can be controlled with your favorite joysticks!
LEAVE A COMMENT ABOUT THIS PRODUCT
The Sims 4
Fortnite Battle Royale
LEGO Mindstorms EV3
Fallout Shelter
Apex Legends
RELATED PRODUCTS