Find out which drivers are responsible for your computer crashing 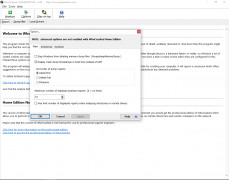 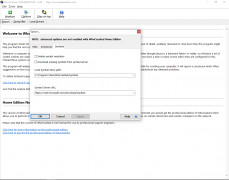 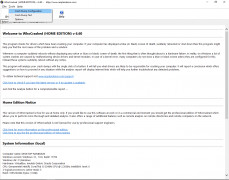 This troubleshooting software examines your recent crash dump files in order to find out the most plausible culprit causing you problems. If your PC is unstable and keeps crashing and you cannot figure out why to give this utility a try. This software application could provide all the clues that you will need to fix your own PC problems.

When you first run Who Crashed, it automatically downloads and installs MS Debugging Tools for Windows. That is a very powerful troubleshooting Windows tools' package. It gathers information in a comprehensible manner. It is a big program (17MB) and could run slowly if you have a slow Internet connection.  However, you only need to go through the set up just once but then you're done. Once you find the files or programs giving you problems, simply uninstall them and when they are gone, so is the problem. Finding crash dump problems is admittedly a difficult business but this tool will give you a chance to find it yourself.

OLD VERSIONS
WhoCrashed 3.00 (1.37 MB)
WhoCrashed 3.03 (1.73 MB)
WhoCrashed 3.04 (1.76 MB)
WhoCrashed 3.06 (1.76 MB)
WhoCrashed 4.00 (1.94 MB)
WhoCrashed 5.00 (2.53 MB)
WhoCrashed 5.01 (2.54 MB)
WhoCrashed 5.02 (2.58 MB)
WhoCrashed 5.50 (2.15 MB)
WhoCrashed 5.52 (3.59 MB)
WhoCrashed 6.50 (8.65 MB)
USER REVIEWS AND COMMENTS
Ronald Pruitt
WhoCrashed is a revolutionary app in such that it uses your systems crash dump files as a starting point to see what may be causing your computer outages. The app specifically uses the very powerful troubleshooting window's tools package, and also collects data to improve the accuracy of its tests. At the end of the scan the app will present the user with a list of apps and or drivers that could be the main culprit of your computer crashes.
Euan
Finding crash dump files is pretty tricky, but Who Crashed for Windows looks for bugs and searches the kernel modules and device drivers to find the exact location of the offending bug and safely removed it. The program runs slowly at first because it has to scan the entire computer, but you only have to do this one time.
Brodie
The software tool is good, fast, can analyze crash dumps taking a very short time. The software actually put out a nice report with as much detail that it can gather so as to assist with the next steps.
James
This software is great for finding out which drivers caused your computer to crash. This system reboots your computer without having to manually restart and it performs a post-mortem crashdump analysis. This software is recommended because it's easy to use, works quickly, and provides detailed reports. It will help you get to the root of your problem so you won't have that issue again and get it fixed properly.
Adam
WhoCrashed for Windows provides the answer to the age-old question, why did my Windows computer just crash and display the dreaded, cryptic 'blue screen of death'. The program allows you to see what drivers or other software caused the error, making it possible for you to find a fix. If your computer is not set up to display the crash dumps necessary to diagnose problems, WHoCrashed will advise you on how to make this change in your settings. You could avoid a lot of Windows frustration by installing this software.
Cameron
Sometimes my computer crashes suddenly and I just don't know why. Well, WhoCrashed for Windows will tell me. I have it installed on my PC and it's so cool. It shows that drivers that might be causing the problem. It gives me information into the workings of the system. It helps me debug when there's a blue or black screen.
Jaxon E.
WhoCrashed is a crash analysis tool that helps to identify the cause of the computer crash. It shows a brief analysis of the crash dump and displays the drivers or processes that may have caused the crash.
Blake Lucano
WhoCrashed is a useful tool for diagnosing computer crashes. It scans the computer's memory, and displays the results in an easy-to-read report. The report clearly shows which drivers may have caused the crash. It is easy to use, and the results are displayed quickly. The software can save the report in a variety of formats, making it easy to analyse later. The detailed information provided can help pinpoint the exact cause of the crash. The software also provides a link to the driver's website, so you can quickly download a new version. WhoCrashed is a great tool for anyone looking to diagnose or prevent computer crashes.
LEAVE A COMMENT ABOUT THIS PRODUCT
RAM Def
Hiren's BootCD PE - ISO2USB
Iso2Usb
Sergei Strelec's WinPE
Anvi Rescue Disk
RELATED PRODUCTS