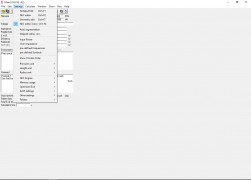 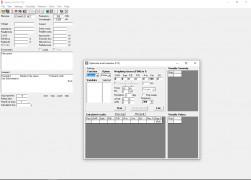 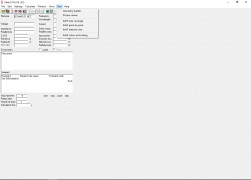 4neC2 is a program that is free for users that run Windows as their main OS. It's a Nec2 and Nec4 allowing users to create, view and even edit or optimize 2D and 3D style antenna's including geometry structures that can display to users or general patterns. The current product is also based around C++ which increases the capability of the program.

You can use the 2D default view that enables users to rotate slices that are specified up to 360 degrees allowing you to gather detailed data as a function. 3D allows for you to see more complex patterns such as 80m OCF on a 40, 20, 17 and so on. These all appear within the bands. 4NEC2 allows and enables users to design the antenna in a variable format or symbolic format.

These can be used for more complex models but also the variable name's can be used again in different area's or locations. If the variable needs to be changed it can be changed without having to manually do it as 4NEC2 supports a method known as hardcoding. The biggest pro with 4NEC2 is that it's completely free for the capabilities and having the optimizer makes it easy to design multiple elements that would in normal circumstances be overwhelming and also very time-consuming. It's a very powerful antenna programming that was based off the NEC2 code.

With multiple locations and variables it allows users to change variables without doing it manually.

Another pro with 4NEC2 is the allowance of graphical entries of models that are used by antennae. You can enter in initials and variables far faster than you would normally.

Right out the gate upon using and experimenting with the software you'll notice that 4NEC2 supports by default roughly 500 different segments. If needed you can download the engine files used from the same site of 4NEC2 and you are then allowed to run up to roughly 10,000 plus segments.

USER REVIEWS AND COMMENTS
Kayden
It is an free field rations checker software and it's used to create, view and also optimizing 2d and 3d style antenna geometry structure and then it checks field radiations it consumes less storage and ram on your pc and it is very easy to use
LEAVE A COMMENT ABOUT THIS PRODUCT
GIMP FX Foundry
CADopia Professional Edition
PhoXo
VCW VicMan Photo Editor
Vertus Fluid Mask
RELATED PRODUCTS