An easier way to transfer data between iOS devices and computers 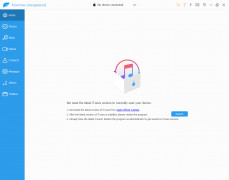 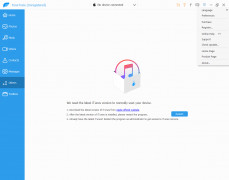 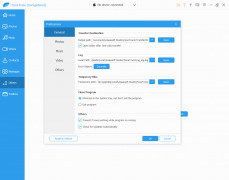 Not only does the Aiseesoft FoneTrans for Windows transfer and support a wide range of files, but the software also manages data.  There is a Playlist Manager will help you keep your songs in the manner you prefer.  And the ID3 Editor allows your music to be identified by the artist, the track's title, and album; as opposed to "Disc 1, Song 1" (i.e. generic labeling).  The Album Manager can help organize albums by genre and time eras.  The Media Preview and Photo Preview in Aiseesoft FoneTrans for Windows allow the user to save valuable time when archiving and organizing your data.  In addition, the software removes duplicate contacts which aid in minimizing memory space.

In conclusion, the Aiseesoft FoneTrans for Windows serves as a backup system to a variety of multimedia files to the iOS devices, PC and iTunes.  You can feel safe and secure that your picture and videos, your memories are being saved.

USER REVIEWS AND COMMENTS
Finlay
Every time I have to transfer music, I use Aiseesoft. I have multiple older iPods for running, and it helps me move music from one device to my Windows computer. It's good for anybody trying to move their music library to their laptop.
Euan
Aiseesoft I use for transferring data, photos, videos, and other files to and from my windows computer to my apple products such as my ipad and Iphone and sense it is not a apple program it works very well and is easy to use and has reduced headaches from trying to move files to a apple product.
Murray Cornejo
The Aiseesoft FoneTrans is an iOS transfer software that manages iOS files. It is supported for Windows 7, Windows 8, and Windows 10, and designed to have all your data saved in case if you have to change iPhones unexpectedly. Highly recommendable product if you value your phone data and saved information. Plus, there is a feature with the Aiseesoft FoneTrans where you can export SMS messages and recall them at a later time, or have it safely stored on the PC for future purposes. There's also an option for personalizing your own ringtones with whatever audio you have on your iPod, iPad, or iPhone.
Ruaridh
A nice, streamlined application for those who have multiple devices (especially handy for those who have Apple products and a PC). You can see everything in one place - this is a great thing to have around for those now working from home, and a nice alternative to iTunes. Exporting your files is straightforward and simple - I'd recommend this to anyone who has a number of devices.
Mason
This is an IOS data conveyor and administration software for mac platform A product of Aiseesoft Studio,this software is available in English,Chinese,Italian,French,Spanish,German,Japanese and Polish versions.It is a great program as it can transfer various types of media and data such as Music,Contacts,Videos and Photos amongst the users Mac and IOS devices .The user can also Sync documents to PC from IOS devices let alone export IOS device files to Itunes. One can finally use the program to upscale lower resolution video to 4K.
Riley
Aiseesoft FoneTrans is a software application that transfers videos, music, photos and plenty of other multimedia files from the users iOS device to another iOS device. If you get a new phone and want to transfer specific multimedia files, that is when this program will come in handy. Or if you are taking your iPad to the beach and want to transfer your music files from your iPhone to the iPad, again this comes in handy. The software will also help users manage their data by putting songs in the order that you want, or identifying the music playing by artist and not song title. The application is easy to use and user friendly.
Max
Aiseesoft FoneTrans for Windows is an app that connects IOS and PC devices. The software enables data transfer with a single click and a data cable. you can therefore sync all your IOS and MAC devices. The software has many amazing features such as it can upscale a low quality video to 4K quality, manage, transfer and sync files between PC and IOS devices, export device files to iTunes, and can even replace iTunes in functionality. It supports almost every data there is to these devices. From music videos to PDFs, podcasts, iTunes files, photos, contacts, ringtones and basically everything. For those who value information on their devices, disperse it among multiple devices and increase chances of safety with this application. Try it out and thank me later.
Jay
IT IS A DATA TRANSFER AND MANAGEMENT SOFTWARE. THIS CAN TRANSFER ALL TYPES OF DATA AND MEDIA INCLUDING CONTACTS, PHOTOS, music, VIDEOS. THIS IS A VERY USEFUL TOOL TO HAVE. IT IS RELATIVELY LIGHTWEIGHT AND HAS A SHALLOW LEARNING CURVE. IT PROVIDED NUMEROUS ADVANCED TOOLS. IT CAN EASILY MANAGE THE DATA.
Aaron
The Aiseesoft fone trans is a transfer software from computer to iPhone and iPhone to computer. It supports ios 6 and higher so it works from iPhone 6 and up. Has a few additional features such as backups and managing photos. Videos and photos, ios files, it transfers all. It works with windows XP to Windows 8.1 and not sure about windows 10.
LEAVE A COMMENT ABOUT THIS PRODUCT
UltraDefrag
Fan Xpert
HijackThis
ASUS BIOS Live Update
Avast! Cleanup
RELATED PRODUCTS