Protect your computer from shareware programs infected with a virus 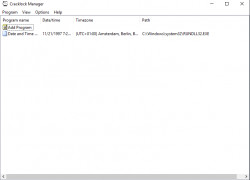 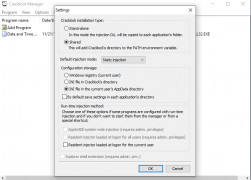 Cracklock is a fantastic piece of security software that can keep your computer safe from many different viruses. One of the main viruses it works against is known as the 30th Day bug. This is a bug that is found in many shareware programs that are automatically activated after the application has been install / running on the user's computer for 30 days. This bug simply prevents the program from running. Cracklock prevents this from happening by intercepting the shareware program's access to the system clock and instead of providing the program with a predetermined date and time. Since the shareware program thinks that it's an earlier date, so 30 days have not passed, the program will continue launching and functioning as usual. This allows the user to continue using the program for as long as they want, in any way that they want.

Another great function Cracklock has for developers is that it can test for the year 2000 compliance. This program would allow developers to certify their software against the Y2K bug. Since this is now in the past and new software won't have to be developed to be in compliance with the Y2K bug Cracklock has been improved so that it can also function as a year 10000 bug compliance tester. This will allow developers to certify their software for the Y10K bug quickly and efficiently.

Cracklock is very easy to install, featuring an installation program that will install it on your system. Once it's installed, you simply run the manager program, which allows you to choose which applications should run through Cracklock and which date you want the computer to tell the program that it currently is.

The best part of the program is that it's completely free. It's one of the most helpful programs out there and is an asset to many computer users.

Cracklock is a custom-designed program that was written on an individual level for the end consumer.

ComboFix
Scan your computer for viruses and malware
Download ComboFix