A DVD player that can play both DVD and Blueray. 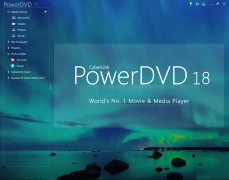 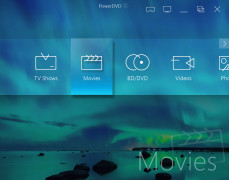 Cyberlink PowerDVD is a DVD player that can handle both normal and blueray formats, That also has several exclusive benefits, one of the main selling points being very easy to use GUI.

Cyberlink PowerDVD sells with how powerful video processing software it is. It can handle Blueray as well as show both pictures and video with 360-degree views, something most players cannot do. The playback quality of the player itself is also top quality, being almost theater quality, as it uses true theater HD upscaling tech.

Another big feature that this software has is a very user-friendly interface. This may not seem that important, but it ends up being very important since there is really no point in investing in a nice DVD player if it is too hard to use, something several free DVD players fall very short on.

Another interesting selling point of this software is that it is capable of putting certain sections of a video on loop. This might seem pointless, but when it comes to someone who is using movies to complement their learning of a language, this capability would turn out to be a very valuable tool.

Another thing that makes this software unique, is that it will automatically sync everything from the default music and video locations, and will allow the user to add folders to sync as well, so you don't have to worry about manually adding the video in later. Everything can be managed from the interface of the program itself.

Apparently this product is rated as being one of the very best, if not the best player out there, and it can be very clearly seen the reasons as to why this is.

OLD VERSIONS
CyberLink PowerDVD 8.0.1730 (116.31 MB)
CyberLink PowerDVD 18 build 2307 (1.11 MB)
CyberLink PowerDVD 18.0 (1.11 MB)
CyberLink PowerDVD 19 (1.12 MB)
USER REVIEWS AND COMMENTS
Pat Cassidy
Effective DVD player that is very versatile with DVD, Blu Ray and other multi-media. People don't often think they still need a DVD player but there are a range of reasons and this product is effective with how it links various forms of media together into a coherent device that is very user friendly and a positive experience overall.
John Goebel
I was shocked with how powerful this software is compares to others that cost a crazy amount. Its an all in one app that allows me to use all types of media devices into one. The media playback is amazing quality and it is very easy to organize all documents into one place.
Oscar
PowerDVD a software designed by the Microsoft Windows company, is a software that allows the reproduction of music and video, with the support of multiple formats thanks to the different codecs that it can handle, in addition this Software counts on multiple versions that adapt to the necessities of the user, allowing to choose between the commercial versions: PowerDVD Deluxe, PowerDVD Standard, PowerDVD Max
LEAVE A COMMENT ABOUT THIS PRODUCT
Splash Lite
MakeMKV
Easy Subtitles Synchronizer
ConvertXtoDVD
5KPlayer
RELATED PRODUCTS