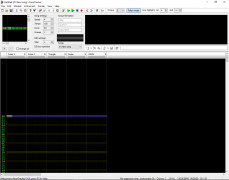 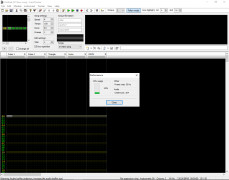 FamiTracker is a completely free windows program that acts as a tracker to producing music for NES and Famicom systems. The UI is really easy to understand and pretty straightforward. It allows users to export NSF files meaning music that was created within the program to be played upon the actual hardware or your own NES application.

In the UI there are only two visual supports that being the waves and logo. The instrumental list is a white colored list. The program can be used on both Windows and Mac operating systems. You can add MMC5 and VRC6 into the module as sound chips by opening the module properties and using the expansion chip tool which is added into the program. It's easy to load in instrumental files as well. Currently, under the instrumental list, there are 5 buttons to choose from that being (New, Delete, Open, Save and Editor)

The amount of support that's included for a completely free software is top notch.

All in all, for a completely free program it's definitely more than capable of producing quality sounds and with the amount of support, it's highly recommended to try.

OLD VERSIONS
FamiTracker 0.4.1 (1.26 MB)
FamiTracker 0.4.2 (1.36 MB)
FamiTracker 0.4.6 (1.53 MB)
USER REVIEWS AND COMMENTS
JENNI
FamiTracker is a free windows tracker for creating music for the NES/Famicom-frameworks. The interface depends on MadTracker and ought to be anything but difficult to utilize in the event that you've been utilizing trackers previously. One of the highlights is NSF-document sending out. That permits music made in this tracker to be played on the genuine equipment, or notwithstanding for use in your very own NES-applications. Some different highlights: * Full constant copying everything being equal * Internal PCM to DPCM-test converter * MIDI info gadgets are bolstered * NTSC and PAL modes are both bolstered
Cole
Want to create/import music for NES or Famcom systems? Enhance your gaming experience with your own creations! The interface is clean, simple and easy to use and will work with PC/Windows and MAC computers.
Liam Blanton
the software is a free windows tracker for producing music for the NES/Famicom-systems. The interface is based on MadTracker and should be easy to use if you've been using trackers before. and highlights the feature of downloading.
Adam
It is used as a music player and it is easy to use and also it has some difficulty in maintaining the operations. We can create our own instrument sounds using this application. It has a drawback and it is a lack of note indicator. It is useful for creating the sound and the sound effects will be good in quality.
Blair
The famitracker is a software that is used to emulate NES games. It essentially is an emulator that can be used on windows. It offers a variety of technical support including different means of inputs and outputs. These different technical components can be found on Famitracker.com. Furthermore, the extension to download the emulator is also on the same site.
LEAVE A COMMENT ABOUT THIS PRODUCT
Equalizer APO
Drum Pad
AV Music Morpher Gold
RealGuitar
Karaoke Anything
RELATED PRODUCTS