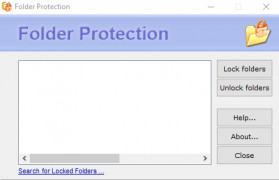 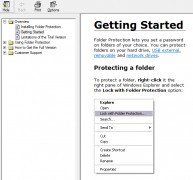 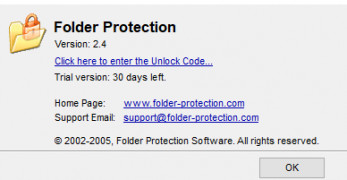 Gilisoft File Lock Pro’ is one of the few folder protection software that is considered military-grade as far as folder privacy is concerned. The software has been accorded a five-star rating in addition to winning various rewards and accolades notably Softpedia, download3k and EuroDOwnload.  The software offers protection on various PC folders at the user`s discretion embedded in the hard disk up to including PC drives. It is worth noting that the software has the ability to protect folders in external drives such as the USB, Flash, and pen drives.

The software offers various services to a user. Users can decide to either read protect or both read and write protect a folder in that nobody can read or modify the protected folders without the owner`s authority hence providing safety to a user`s data. Alternatively, a user can use the software to encrypt files in GFL or EXE format algorithms such that only the user can open them even on other computers. Even when on a LAN network, a user does not need to worry about their data privacy since even data shared on this network can still be secured even while sharing it.

The most interesting feature of this software is its ability to hide files, folders, and even drives such that they are invisible to other people who are not authorized to access them. This is a wonderful feature since one may be worried that their data may be spotted by someone in a higher authority and reprimand them to open it but this feature gives confidence since by enabling it, a third party cannot recognize its presence in the first place hence having the confidence of using it.  Not only I Gilisoft good at protection and privacy but also organization. The organization can shred files as well as wipe them off from a folder to create more space for storage and this is done automatically once it is enabled.

The software can be installed in an incognito form such that a third party cannot realize its presence and whenever one tries to uninstall it, they will need a password hence assuring the user security even in their absence. Last but not least, the software has been simplified in such a way that any person from any walk of life can easily install and use it by following the user manual it comes with.

OLD VERSIONS
Folder Protection 2.4 (0.9 MB)
Folder Protection 5.74 (0.82 MB)
Folder Protection 6.35 (1.39 MB)
USER REVIEWS AND COMMENTS
Hamish
i am having a 3 childs, in my laptop i protected the files thru this software, so that my official files are too safe, also the process of lock and unlock folder is also easy one
LEAVE A COMMENT ABOUT THIS PRODUCT
DiskLogon
Magic Boss Key
Kids PC Time Administrator
DriveSentry
DoNotDisturb
RELATED PRODUCTS

DriveSentry
an B+ grade firewall software from most of the threat in the network.
Download DriveSentry

DoNotDisturb
A Windows feature that helps you focus
Download DoNotDisturb