A tool to enhance graphics for Grand Theft Auto IV 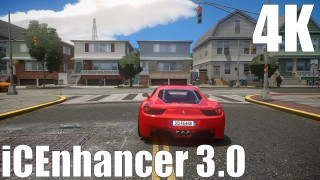 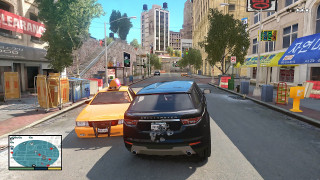 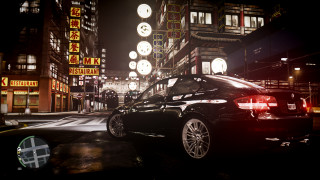 iCEnhancer is a tool that is specifically designed to enhance graphics for the computer game Grand Theft Auto IV. The enhancement in graphics due to this software is clearly visible from the crispness and clearness of the stream. This makes iCEnhancer a very popular tool among avid Grand Theft Auto players. There are several versions of the software. The light version of the software does not support multiplayer but is very fast. One of the areas which have room for improvement for this software is the installation process, as it may seem a little bit overwhelming for someone without experience in this space. The development team is working on improvements in this area.

This software was developed by Hayssam Keilany, a passionate "modder" and video game enthusiast. The modding community in question is related to ENB, i.e., mods that use post-processing effects to arguably improve (or at least dramatically change) the appearance of games. Hayssam Keilany announced his retirement from maintaining and developing this software due to these controversies in a Facebook post in July 2014 in his official social media account.

In conclusion, if you want to make your Grand Theft Auto game to look even more realistic and exciting, give this cool software a try!

You need to have a Windows operating system

OLD VERSIONS
iCEnhancer 2.1 (3.7 MB)
iCEnhancer 3.0 (5.16 MB)
USER REVIEWS AND COMMENTS
Slade
If you’re still heavy into GTA and you feel like it’s getting stale from seeing the same graphics over and over, download this tool now, it will make the game feel fresh and new again, I hope y’all enjoy this mod as much as I do!
Liam
If you are a video game buff this is the perfect software for you . This software specifically enhanced the pictures and videos for the computer game Grand Theft Auto IV. Makes the picture more crisp and clean . The game is said to even look more realistic. Works with Microsoft, not Mac.
Luca Rothman
a windows software that meakes the resolution and speed faster and better.
Ross
This software developed by a game is the enhancer I've been waiting for. I am a die-hard Grand Theft Auto gamer. This tool has enhanced the graphics so much, it's insane. It makes everything crisper and clearer. The light version does not allow multiple player gaming. It is very fast though. The installation can be a bit overwhelming but after I figured it out after many hours, it was worth it.
Callum
The software is great for improving computer graphics. It is best used for games such as Grand Auto Theft. The software is pretty easy to install for an average user. It is a great product for gamers, both casual and hard-core ones. The software can also work for multiple software and the investment is worth spending on and will pay off in the long run.
Harry
iCEnhancer for Windows is a mod enhancer for the game, Grand Theft Auto. It's a bit glitchy but, does seem to deliver on graphic optimization. There are times you will have to download other mods just to get this mod enhancer to work correctly, which is a headache. But for avid GTA gamers, this mod still comes in handy for modifying characters and other aspects of this game. So, it is seemingly much appreciated that people have taken the time and effort to build modification tools for GTA. The one thing I find to be a bit questionable is that the end user agreement by Rockstar Games, the maker of all GTA games, is in fact being violated even if Rockstar hasn't acted upon the breach of such agreements for use of their games. They, in fact, have said they appreciate the endeavors of people over the years building modifications and are even fond of some of the mods. So, for the GTA enthusiasts out in the world, iCEnhancer is still a valuable mod, even with all of it's quirks.
Cameron
A GTA IV (Grand Theft Auto 4) mod called iCEnhancer is designed to give the whole game a facelift, converting what were previously uninspiring visuals into something really enjoyable.  As a result, after you download this patch (which requires that you already have GTA IV loaded), it will implement a number of filters and graphical tweaks that not only enhance the game's appearance, but also its poor overall performance.  Any GTA IV fan with a computer powerful enough to run the iCEnhancer mod should get it. If this describes you, don't hesitate to get it and start having fun with the next era of video games right now. It is recommended for video games lovers, it is a good software.
Logan J.
iCEnhancer is an image-processing software designed to enhance and automate the editing of images and videos. It provides a range of tools and features that enable users to quickly and easily enhance their photos and videos. The software includes features such as color correction, sharpening, and noise reduction, as well as the ability to adjust brightness and contrast. It also includes advanced features such as a timeline editor, batch processing, and image analysis. iCEnhancer is available for both Mac and Windows systems.
LEAVE A COMMENT ABOUT THIS PRODUCT
GameLoop
PPSSPP
FocusWriter
Ghostwriter
Typora
RELATED PRODUCTS