A NintendoDS emulator that allows you to play commercial games 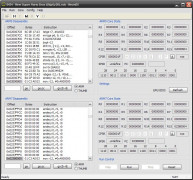 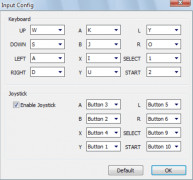 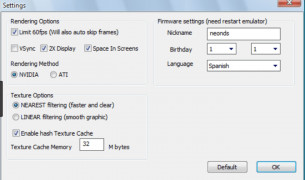 NeonDS is a great way to relive your past and play old video games you used to play on your Nintendo DS but your computer. The program is still working through some glitches, but it still gives you the experience that you want and remember the old days of video gaming. The file needs to be downloaded and opened on the computer.

USER REVIEWS AND COMMENTS
Tristan anderson
NeonDS is a remarkable piece of software that allows the user to play old commercial games on your Windows computer. This software is created to give the user that nostalgia at the comfort of your computer. The keys are and mouse are utilized as shortcuts to represent the same buttons on the Nintendo DS.
Sadman Kabir
This NeonDs has brought us games straight from the vault. The classic games that we used to play during our childhood are back. This software is well researched and lets us play games in a smoother and better way. No more of error reports during gameplay. Download it right now and enjoy the euphoria of playing the old games again.
Alexander
NeonDS is useful because it lets me relive some of the games I used to play on Nintendo DS on my Windows computer. Basically, the NeonDS functions as the computer version of the Nintendo DS. It turns your mouse into the "stick" that would be on the normal handheld Nintendo DS system. I really like that the NeonDS is compatible with different kinds of applications and games. It's also nice that I can save games. Probably the best part is that keyboard shortcuts work on the applications.
Ross Rothman
the software is for a handy, free Windows game, that belongs to the category PC games with subcategory Emulators. Website explains the product and adds a short background on the software. very easy to navigate.
David
This is a handy, free Windows Game that acts as a Nintendo DS Emulator. It is great for people that want to experience that sort of nostalgia when they play certain games. This software comes with constant updates and also many games that are available to get. This is perfect to download when you have a lot of time on your hands and nothing to do.
Liam
A good Nintendo DS emulator for windows. My brother loves this. I use it every now and then but have recommended it to some of my more game-crazy buddies. They say it works smoothly.
Samuel
It is one of the game changer for old time but now it got a buying an NDS system. It is only for windows. It could be run over the lower end machines. It has some requirements like windows XP,pentium 4, 1GB RAM space, Vista,etc. It has some features of system uswers like mostly comforts with windows, saving process, save the windows, to be achieve 60 FPS, and the main purpose of dual screen controller by the use of mouse pointer. I was like this software hacks with my friends to get the funniest moments and also entertains.
Michael
NeonDS is gaming nostalgia for Nintendo DS users. Software is downloaded to Windows computers for last-century games. Keyboard shortcuts and the mouse make maneuverability a breeze and very enjoyable. Developers are still working on glitches but 60-frame-per-second streaming sends real-time thrills. Current version allows players to save games. It is playing Nintendo games on your computer.
LEAVE A COMMENT ABOUT THIS PRODUCT
The Sims 4
Fortnite Battle Royale
LEGO Mindstorms EV3
Fallout Shelter
Apex Legends
RELATED PRODUCTS