One of the best Playstation emulators 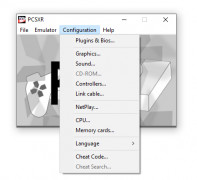 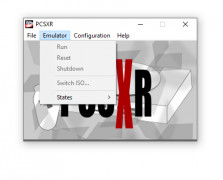 PCSX was a PlayStation emulator from the late 2000s, it allows you to play PlayStation games on a PC even without the original disks games can usually be downloaded from the internet, and the amount of games available is shocking. Some of the features of the software include Disk tray opening and closing for games that require it from the in-game menus, makes it very easy.

PCSX has a widescreen hack in the CPU options that work for 3D games to fill your monitor screen better. Controller plugin supports so you can game with a vintage controller.

Ease of use and FREE

The program allows me to easily access the games from my childhood that I find the most nostalgic. The program which doesn’t tax an average laptop or PC to run at all is user-friendly, and the constant stream of updates from the admin keeps the program running smooth and bug-free, which is uncommon in the emulator software market. Most programs are buggy messes of software, while this looks like an excellent professional program. I was easily able to find the game file for crash bandicoot one of my favorite early PlayStation games. I can load it right up, play the game and make saves just as if I was playing on the original PlayStation console. Everything is saved to your computer’s internal memory, and the files are tiny. The program for me was free along with the games, so it’s also a very affordable gaming option for anyone, and with controller connection options, it’s easy to have a full-blown PlayStation console at home for free. A few drawbacks to the program are lack of some of the later games and the occasional system freeze or crash caused by the program not responding, but that is very rare and easy to fix.

Overall this is an excellent program for anyone who wants to play those nostalgic PS games.

OLD VERSIONS
PCSX Reloaded 1.9.93 (0.82 MB)
PCSX Reloaded 1.9.94 (0.57 MB)
USER REVIEWS AND COMMENTS
Kelly Grace
PCSX Reloaded will bring back many fond memories when I was a child. Being able to play old games that I can no longer find, will be amazing and I can access it right from my computer. I like how I can play games that are free, making it very affordable for everyone. I would want to buy the controller to bring back my favorite memories from the old school play station.
Christopher
This service allows one to enjoy a variety of different services allows one to enjoy the PlayStation one experience on their computer. It is easy to configure and nothing additional needs to be downloaded for it to work effectively. It definitely provides a unique experience and works extremely well.
Jackson Bachman
PCSX is a free and open-source video game console emulator which allows software designed to be used with the Sony PlayStation to run on personal computers. Over the years, development changed hands several times with PCSX-Reloaded now being the main version Defenetley love.
Matthew
If you love your Playstation, you should check out the PCSX Reloaded. This program is a PlayStation One emulator. Once you install it you will be able to access dozens of games such as Final Fantisy VII and Resident Evil. All these games are fully supported by the emulator, and compatible with it as well. I love that this program is so simple to configure. Even a novice could figure it out.
LEAVE A COMMENT ABOUT THIS PRODUCT
The Sims 4
Fortnite Battle Royale
LEGO Mindstorms EV3
Fallout Shelter
Apex Legends
RELATED PRODUCTS

PPJoy
A joystick emulator designed for Windows, including ways to use existing gamepads directly from your computer
Download PPJoy