A program to organize and edit image files 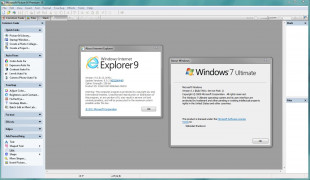 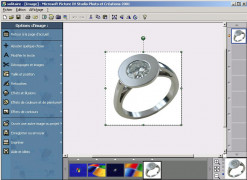 Picture It! is a simple image editor and can also help you organize your files. Although now deprecated and not being developed any further, there was a time it was very popular. Picture It! was a great intermediary program between the simplicity and the basic features of MS Paint, and more advanced applications, like Adobe Photoshop or CorelDraw. Nowadays, even the simplest software can do much more than Picture It! was able to, but back then, it was a very nifty and practical program to use.

It was also quite ground-breaking as the first consumer-oriented program to be able to create sprites, which was an interesting technology able to draw scan lines without involving the entire video output, making for a very fast and minimalistic way of rendering images. Its manipulation of alpha masking, even with very few computational resources, was also very impressive and unique for such an accessible piece of software.

Since the early 2000s, Picture It! had a few reincarnations and rebranding, coming out again as Microsoft Digital Image. It took a lot of its concepts further, preparing it to face the new millennium and all of the significant digital revolutions that were going on in the last decade. So its life was greatly extended, and the technology behind it remained relevant up until 2007, when the newer Windows Photo Gallery, a totally different program, finally took its place and since then both Picture It! and Microsoft Digital Image is not often mentioned anymore outside of nostalgic users who still try to get it to work on more modern systems because of their personal taste for it.

Picture It! is a very simple, easy to use the software, while still offering a few unexpected features

Picture It! is missed by a good number of users, perhaps because of its concept as a middle point between simple and complex, maybe purely for nostalgic reasons, but no one can possibly deny it made a relevant mark at its time.

USER REVIEWS AND COMMENTS
Cole
Picture It! for Windows is yet another great Windows tool. It is compatible with so many systems and really makes your life easier and more enjoyable. In terms of photo editing this is one of the best softwares out there and comes from the trusted team at MicroSoft. If you are looking to edit photos smart and fast then this is the best software to go with out there right now and one of the most advanced.
Aiden
Picture It! for Windows is a software product that you can download. It is an application that allows the user to enhance their images and add in effects. You can create projects or slideshows. It is user friendly and provides easy step by step directions to enhance your images. You can download a trial version that is good for 30 days. You must have internet access to download the software.
William
It is a tool that makes it possible for images to be added all sorts of effects when doing editing. It has features like resizing the image, moving the positions, cuttings , addition of more colors and shape majorly on the border of the image and fixing all kinds of the effects. Picture it also make library of images basing on there occurrence example date .
Ethan
IT IS A MOST ENTERTAINMENT APPLICATION AND VERY USEFUL FOR EDITING PHOTOS. IT GIVES GOOD QUALITY AND EASILY MAKE DIGITALIZED IMAGES. IT GIVES THE MOST ADVANCED FEATURES AND RUN EASILY FOR RAM. IT ALSO HAVE LOW MAINTANANCE OF SOFTWARE. IT GIVES THE CLEAR VIEW OF SURROUNDINGS WITHOUT ANY INTERUPT. THIS SOFTWARE COST IS ALSO VERY LOW ITS PRICE DEPEND ON ITS FEATURES. THIS IS A FIXED ONE.
Charlie
I have past experience in using this picture it! for windows software.Picture it! is a free picture viewing and editing application .Very good and effective software and it was replaced with Windows live photo gallery.
Aidan
Picture It! was one of the best photo editing software out there by Microsoft. It provided the concept that editing digital images can be fun and easy for regular users as well. The software offered a wide range of features that allowed users to edit their photos in a variety of ways. However, Picture It! was eventually discontinued in 2009 due to the increasing popularity of other photo editing software such as Adobe Photoshop. Despite its short lifespan, Picture It! made a lasting impact on the world of digital imaging and helped to pave the way for the user-friendly photo editors that we have today.
Matthew
When I downloaded all my photos from my phone to laptop I needed a good editor to make these the best they could be so i did just that. I got this software and i was able to enhance my pictures with shapen features and add little quirky messages to them using text and emojis. It is easy to use, cheap and doesnt take much time to download.
Fraser
I love using Picture It! for Windows because it's a program that makes it really easy to not only edit my favorite photos and images, but also collate them into memories that I can treasure in an organized collection forever. The advanced editing tools simply cannot be beat and make my photos look to be of professional quality, without fail, every time.
LEAVE A COMMENT ABOUT THIS PRODUCT
MyHomeLib
Comedy Club
Canon My Image Garden
RegiStax V3
HoneyView
RELATED PRODUCTS