A home-theater type service. Distribute content in multiple rooms in your household 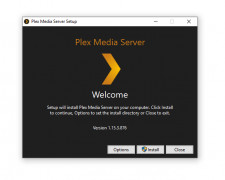 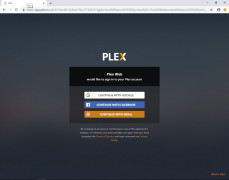 Plex for Windows is an all in one media sharing service or server that allows users to provide and distribute content to any room in a household. Plex features two different versions one being a completely free version while the other one is a Plex Pass that offers you everything that the free version has locked behind the paywall.

Plex does tell you the difference between both paid and free versions but the biggest difference is the TV DVR service that's live for Sonos integration along with VR (Virtual Reality) support. Plex does run for a multitude of devices including Windows, gaming consoles and streaming devices. You can distribute pictures, tv shows, music, movies, and even podcast.

If you own a smart speaker you like Amazon Echo you can use the Alexa service to play music from the Plex server or even command it for the most recent films to be added into your server collection and it'll show up on the screen.

The biggest benefit would have to be the Live TV integration

The UI is definitely very sleek and not complex making it universally easy for most people to navigate and learn your way around. You can even categorize titles by the genre's based on the metadata to give the entertainment files cover art. Performance wise it's recommended that you at least have 10MB of downloading speed for the software to run at peak performance. Most of the performance depends on the connection speed of your service. Frame-rates can drop but it just depends on the slowdown and throttling of your LTE or WiFi services.

Plex does also offer remote access to your personal server but Remote Access would be blocked if you're just so happening to be using a VPN network. But overall with the number of features such as Live TV, Remote access and other features the service is definitely worth its free version or paid.

CheVolume
Dictate all your audio needs on your computer
Download CheVolume