A screen capture tool for PC with on-screen effects 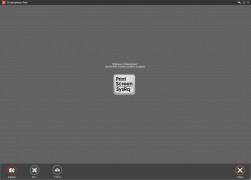 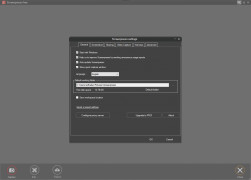 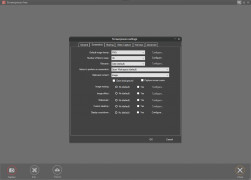 Screenpresso is a screen capturing software that was created back in 2012. One of the main features is this software allows you to capture images that wouldn't normally be obtainable like scrolling headlines and such, which is pretty cool if you're trying to get the right picture but something is moving a bit too fast. The mouse turns into a crosshair and it will highlight different areas of your screen that can be captured, it outlines this in red to indicate what part of the screen is capturable at that moment in time. It also has screen snapping, which allows it to capture so far on the screen but not too far over the desirable area. You can even capture the entire screen!

Screenpresso has an amazing number of features I'd like to share with you, such as easy to use hotkeys, pixel-perfect accuracy, being able to capture your mouse cursor, as well as even being able to delay a capture until a specified time. My favorite and major selling point of this software is the ability to capture everything in the video in pure HD.

The most convenient part of this feature is it nicely compiles everything into a small storage file and wraps it up nicely in an mp4 formatting which is widely used by everyone. Tying in which the HD capture, also it allows you to capture your audio on your microphone which is a major bonus in any screen capturing software. It has an imaging editor that lets you add features to your current image such as filters, blurs, greyscale, etc. adding a bit more depth to your overall image.

Another cool thing is it's compatible with older versions of Android phones so you can transfer files between them.

Overall this seems like a really neat product and I would definitely recommend trying it out at least once.