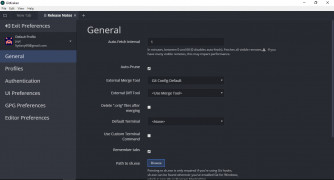 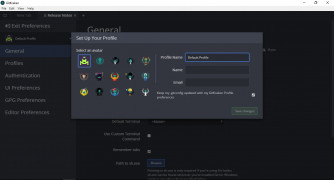 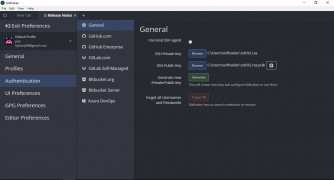 This product is a Git client with a robust Graphical User Interface (GUI). A Git client is used by programmers everywhere to track, edit, and merge different versions of written computer code. This specific software is unique in the plethora of features it offers. Since its inception in 2014 and release in 2015, the Git GUI has been updated and improved at an astonishing rate, hitting 1 million users in mid-2018.

Some of the parts of this software that truly make it stand out are the beautiful interface and aesthetics. One can choose from a light or dark theme, and both versions are clean, easy to understand, and appealing to the eye. The interface is as functional as it is attractive. Users will find themselves able to work quickly and efficiently using the drag and drop and quick search features.

Another powerful piece of this software is the Merge Conflict Editor, which allows a user to quickly see conflicting bits of code between two versions and pick out which pieces should stay and which should go. Similarly, there is also a Code Editor built into this software that allows the user to quickly edit code without switching programs.

GitKraken also allows for Task Tracking in a Kanban board format (endearingly named Glo Boards), which will allow users to keep track of what they need to work on next. Users can also use shortcuts, open multiple tabs, and even have multiple sub-modules of the same project open at once. GitKraken even supports integrations to many different platforms!

Overall, GitKraken has an impressive host of features that anyone looking for a reliable Git GUI should try out. The sooner you download this program, the sooner you can get crackin'!

To run the Windows version, a user simply needs a PC running Windows 7 or later.

USER REVIEWS AND COMMENTS
Matthew
This product is user friendly, thanks to attractive and clean graphics. Plus, it is easy to use, making users more efficient. Is it updated often, can be customized to meet your unique needs, helps the user keep track of what should be worked on nest, allows more than one sub-module of the same project to be open simultaneously.
Jacob
If you're a developer looking for a sophisticated software program, then look no further than GitKraken. This tool allows developers to achieve maximum efficiency and productivity thanks to a GUI that's both well-designed and easy to navigate. The Git Client incorporates Glo Boards, and even features a tracker to log issues, so you can work with colleagues and fellow teammates without interruption.
LEAVE A COMMENT ABOUT THIS PRODUCT
ProWritingAid Desktop
SourceTree
BYOND
Genymotion
BlueJ
RELATED PRODUCTS