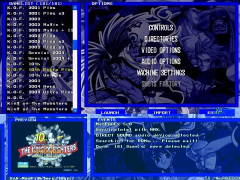 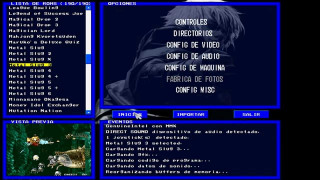 Deriving from the home game console 'NeoGeo,' NeoRAGEx is a revamped computer emulator that allows users to have the same experience that they had when playing the original NeoGeo, just without the hefty price tag and physical console. The idea of NeoGeo was to be able to play the same games that were popular in old arcades in the comfort of your own home, and NeoRAGEx has expanded on that idea. Numerous competitors have created emulators for the same games. However, NeoRAGEx remains the top contender because it can operate on the lower end, basic PC systems, and retain its graphics quality and quick execution.

USER REVIEWS AND COMMENTS
Daniela Beltz
NeoRAGEx is a video game emulator that allows gamers to play old-school arcade games without needing a console. The advantage of NeoRAGEx over similar products is that it runs on lower-end computers without sacrificing game quality or enjoyment. It is free to download and install.
Siddique Uddowla
Remember back in the days of similar times, playing games until the sun was down. If you were a true OG at heart you would remember some of the arcade games you played back in the days. If you want to go back to the past and revisit the old arcade games you were used to playing in your time, then this software is for you. The Neo Rage X is an emulator that emulates those old games into your windows pc, all you need to do to start is, press the download button. ** It's Key Features It can search automatically for ROMs of the games you want to play. In most emulators, you will have to find the ROMs yourself, and that can be really hard and dangerous. Keeping that in mind, the brilliant people who made Neo Rage X emulator put a ROM searcher in the emulator, so you could play your games right from the geck go. Another key feature of this emulator is that it allows you to use joysticks, so it feels like you are actually playing that game in the console it is meant to be played in. I will give it a definite plus on the nostalgia factor. ** What is required to get this Software? Like with all the emulators you need to download a lot of key things in order to make the software work. The best thing about this software is that you just need one thing. And that is the zip extractor and compressor. This will allow you to extract all the files that are needed out of the emulator downloader. ** Summary This is a great software for all you OG gamers out there wanting to revisit some of the classic back in the days. I think this probably the best for that job.
Brodie
This is a pretty simple NeoGeo emulator for windows. The ease of use and simplicity is key, as it is pretty loaded up and go. I'm not sure if it doesn't support certain ROMs, but I had no issues running the ones I had.
Robbie
Neoragex is an emulator, it includes many different computer games such as Tetris, metal slug, and other games. It is a game console that comes in a computer form. The emulator was created by Anders and Janne. It is an easy installment that is downloaded to your computer. You'll enjoy many games and fun. As time passes, there can be more games added onto the computer console emulator.
James
NeoRAGEx for Windows is a computer emulator that has been revamped to allow users to have the experience of playing games. It has ensured that the pricing is fair compared to former NeoGeo original games. It has been simplified for individuals to learn and operate. It has multiple languages, has high-quality game graphics saving on the cost of the graphics card. It s execution speeds are high on lower-end-operating systems. This software is highly recommended for game lovers without the need to make a high investment.
Kai
This software which is used to study the operate interface.by using this we can use the number of joy sticks at the same time.we can adjust the sound and performance.system performance will be increased by the software and it can be used for the both windows xp/vista.it allows all operating system and this is eco friendly and user friendly.
Callum
Did you ever play NEO GEO? It's a great old gaming system but I had totally forgotten about it. Now they've made a great emulator for the system on Windows, similar to how Nintendo and genesis systems have emulators. You don't need a gaming laptop for this to work. My machine isn't great and it still runs fine. There are some other options out there for NEO GEO emulators now but this is the only one that is highly optimized so that it works fast almost on any system.
James
NeoRAGEx for windows allowed me to re-live a part of my childhood! This emulator software is for arcade games and very easy to use. Classics such as Tetris can be easily revisited with this software. Benefits include the support of joysticks for that real nostalgia and easy navigation of ROM’s to enjoy. Once I got around the need for a compressor that was ZIP compatible, I had a blast.
Finlay
It is great software for OG gamer. It helps to connect of a number of joysticks. It provides an easy installment process. It is very convenient and stores in ROM easily. The user can not get disappointment by using this software.
LEAVE A COMMENT ABOUT THIS PRODUCT
The Sims 4
Fortnite Battle Royale
LEGO Mindstorms EV3
Fallout Shelter
Apex Legends
RELATED PRODUCTS

PlayClaw
PlayClaw gives you the possibility to see several game overlays on your screen while you play.
Download PlayClaw