Software that monitors the connections to and from your computer 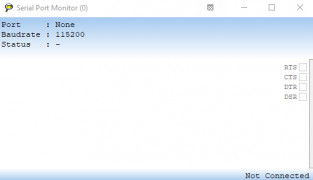 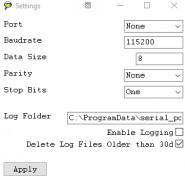 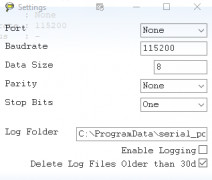 A serial port monitor is a special piece of software that analyzes the connections your computer is making. A computer often has multiple COM ports (or communication ports) that allow for it to communicate with a variety of devices, like monitors, keyboards, the internet, etc. However, these incoming and outgoing communications can also prove to be a liability, as unsecured COM ports can allow hackers to siphon data from your computer. A serial port monitor will allow you to record all the data that is being sent to and sent from your computer, so you can detect such packet sniffing attacks as they happen. These kinds of attacks are fairly common, as many people do not think to secure the serial ports of their computers until it is too late. Further, open COM ports can allow hackers to gain access to your precious information while you connect to open internet services, like while using your laptop at the airport or at a hotel. Thus, serial data monitors can provide peace of mind that your private information is secure and not being read by any unwanted third parties.

This is also incredibly important for computer servers that host sensitive data, as these devices often have many people connecting to them to retrieve data. Thus, having a serial port monitor can allow a webmaster to keep track of what connections are made to the server and what data is being sent from the server, potentially allowing them to see foreign intrusions. This software can also help troubleshoot why a company's employees are having trouble connecting to one of their secured servers. A system administrator can employ a serial port monitor to see if there are any problems with serial ports that are preventing people from connecting to the server.

There are also known cases of hackers scanning the internet for open ports and using these for a variety of nefarious activities. One example is monitoring unsecured ports of webcams or closed-circuit cameras and posting these ports online in public forums so many people can tune in and see what the cameras see. Another example is using unsecured ports to form vast networks of botnets that use these ports to send requests to websites, which then are used to overwhelm websites and perform a distributed denial-of-service attack. The biggest such attack took down many big sites like Google and Amazon for a few hours when it took down a DNS server. Thus, unsecured ports can actually be a liability to many people, not just the person whose computer is being exploited.

To reiterate, serial port monitoring can be incredibly beneficial in troubleshooting and monitoring the security of a computer.

Analyzes all connections coming to and from your computer's COM ports