An emulator for the Nintendo 64 released in 1999 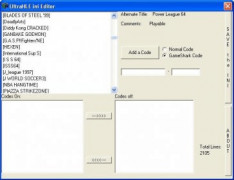 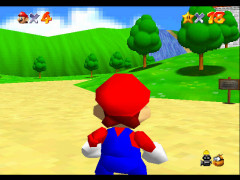 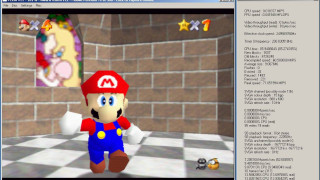 UltraHLE is a High-Level Emulator that made history on January 28th, 1999 when it was released as the first and only successful Nintendo 24 emulator.

Epsilon and RealityMan created this emulator. They, however, did not let anyone know what they were doing into they were completed with this project. They started with the hardest aspects and levels of functioning and from there tackled the easier aspects and functions working downward. Once the project was completed they distributed this technology to everyone across multiple sites.

This changed everything for the gaming industry. This was a new and first of its kind approach to emulation in the industry. It tried to capture what a game is trying to achieve by imitating that function. In other words, it was used as a simulator. This technology allows Nintendo 64 games to be played on a computer with or without a console.

It's famous for being the first Nintendo 64 emulators capable of running commercial games at full speed on the hardware.

UltraHLE has never had an update and was discontinued 6 hours after its initial release. The limitations of this particular HLE emulator would have prevented newer games from running on it. It works best with games that it’s been made for. Popular games played using this technology are Super Mario 64, Ocarina of Time and Legends of Zelda. This emulation paved the way for playable emulators of the current day.

Both RealityMan and Epsilon had a lawsuit filed against them by Nintendo for this emulation causing them to go silent. This also resulted in the emulator being shut down 6 hours after the initial release. Nintendo was ultimately trying to protect their intellectual property and stated emulators are illegal to make and to use.

The only way to replay any of these old games such as Super Mario 64 is by using emulation.

USER REVIEWS AND COMMENTS
Ian Shaw
UltraHLE is hands down, my favorite retro emulator. It gives unparalleled under-the-hood access so you can debug old-school games and any mods you have installed. As a power gamer, I really appreciate how easy it is to tweak things like this - it's a shame they got shut down so fast.
Aaron
UltraHLE is a gaming software program that serves as an emulator for the Nintendo 64 console. It is perfect for those looking to go back to some of the 64 games who do not own the console and provides smooth gameplay and a user-friendly interface all on your PC. Bring back the classics with this program and you won't be disappointed.
Arran
The emulator for window computers can now play Nintendo 64 games and bring back the good old games from classic gaming times like Mario Brothers and Zelda. Keeping the good classics available with a way of designing play on Windows for people all around the world. There are many console emulators to choose from and keep the gaming going. From 1999 to 2020 games like Mario brothers is loved for decades.
Leon Pine
UltraHLE for Windows is an emulator software for the PC. I think its good for testing out video games on the computer and looking at source code of specific kinds of projects. Its nothing that interests me whatsoever so I would not download this or attempt to use it. One cool thing for nerds is when you download it there is a N64 icon in the program so lets say you are interested in its byproduct like I would be, its worth a download, in addition to the fact that it is not that many kbs to download so it does not take up much HDD space.
Liam
Do you remember playing all those awesome Nintendo 64 games when you were a kid? This is your chance of renew those memories with this emulator! It became our moment with my kid and we are truly bonding over it!!
Blake
It is a game module that one can access download the set of a Nintendo 64 emulator.
Owen
UltraHLE for Windows is an awesome software that emulates classic Nintendo 64 games on your PC. I love this because I remember back when nintendo 64 first came out when I was a kid, I went into the store and played on the console with the demo model. My family was never able to purchase a console but I always thought it was the coolest system. Now I can download the games I grew up seeing to my PC and play with my family members. My teenager is going to be stoked because he loves N64 games, and using them on the PC makes them way more accessible.
Max
UltraHLE is a software that allows users to game like before. The software allows users to play their games in the same style as the Nintendo 64 console from the past. The software is great for users who want a nostalgic feeling while gaming but want to keep playing modern games. UltraHLE is available on Windows for users who game more often and want to relive a past feeling or want to experience a console they might have never played.
Jamie
While I don't necessarily speak or understand "geek", UltraHLE is a innovative software that was launched in the 1990's that was designed to mirror gaming software in order to play some of the popular Nitendo64 games on a on desktop or laptop computer, as long as it was running that could support it. This would allow users to play the games without actually having to purchase the expensive Nitendo64 gaming system. Among the initial 17 games, you could play at that time were Zelda and Super Mario. This first emulator opened up an opportunity for software developers to eventually create emulators for all the Nintendo consoles and eventually expand to Wii/WiiU, GameCube, Game Boy, and up to the third generation of Playstations of games.
Alfie
This product is super cool and for anyone who is a frequent or even occasionally player of Nintendo 64, this emulator makes using the system more enjoyable and is something I think anyone passionate about gaming should consider using.
LEAVE A COMMENT ABOUT THIS PRODUCT
The Sims 4
Fortnite Battle Royale
LEGO Mindstorms EV3
Fallout Shelter
Apex Legends
RELATED PRODUCTS