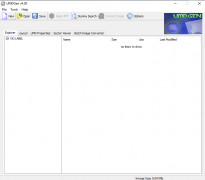 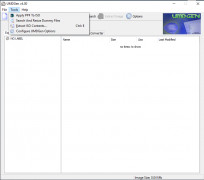 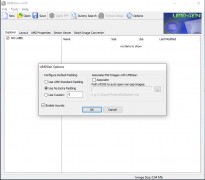 UMDGen is a disk management software that is made available by UMDGen Team for Windows. It is a free ISO image manipulation app. It can be used to create and edit UMD compliant ISO image files, useful for interaction with consoles like the PlayStation Portable. What makes this useful is that you can then play those files back on legally owned PlayStation Portable systems. It's a backup tool only; you can only use UMDGen to back up legally owned Playstation Portable games.

UMDGen is available for Windows 10, Windows 8, Windows 7, Windows Vista, and Windows XP, meaning it has broad usability across pretty much any recent Windows system. Furthermore, it can run on either a 32-bit or 64-bit setup, and a separate x64 version can be made available from the UMDGen Team. It was last updated on June 23rd, 2014.

UMDGen has been rated 100% clean by LO4D.com, a virus, and malware testing service. This certification guarantees against viruses, malware, and trojans, so you can use it with confidence and safety.

UMDGen has the benefit of having a 'Dummy File' option.

What makes UMDGen so great is its ability to generate UMD_DATA.BIN files, its seamless use with legally owner PSP machines, and its flexible CSO DAX support. And it's well-received, too; across 37 reviews, UMDGen has earned more than 4 stars out of 5.

USER REVIEWS AND COMMENTS
Nathan
I've been looking for software to make ISO images. I did a search and found UMDGen 4 for Windows. I am a serious gamer so I have many games I would like to view and edit the ISO files for my Playstation Portable games. This awesome software lets me edit the files to decrease the file size so that it fits onto my devices. I can apply patches to them. It allows me to save the files in three different formats. I can save them as ISO, CSO and DAX. How cool is that? I am just geeking out over here.
Ruaridh
This app is the perfect image manipulator. This app makes it super easy to burn discs with just the touch of a few buttons. It is a super easy backup tool that makes securing your files easy. The best part is the app is free to download! Anyone who downloads this app will not be disappointed with what it has to offer.
Leo
UMDGen 4 application that help you to create a compact tool for creating a ISO images for psp.Userfriendly interface ,simple to use and no need to install .we can use without installation, only you have to install it you will see that has drap and drag interface.
Max
Free! That's right, the price for downloading UMDGgen 4 software for Windows is free, but that's only the beginning! Check out what UMDGen 4 for windows can do; it allows you to view ISO Files for PlayStation Portable games, and you can also edit them. Wait, there's more; you can even minimize the size of your games so that they fit into the device memory, plus, you can apply patches in three different formats!
LEAVE A COMMENT ABOUT THIS PRODUCT
RealTimes
Kid3 Audio Tagger
mrViewer
Light Alloy
Aiseesoft MTS Converter
RELATED PRODUCTS