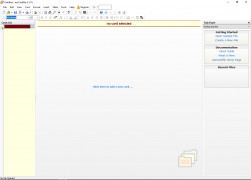 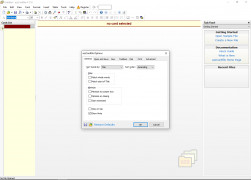 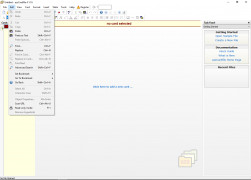 There aren't that many software programs that have stood the test of time. Aside from retro gamers and some very eccentric writers who insist on using DOS era word processors, you don't often hear of anyone using any software more than a few years old. AZZ Cardfile is one of those rare exceptions to the rule - the Windows program it was originally intended to replace has been retired for over 20 years, but AZZ Cardfile is still here!

Programs that store personal information (phone numbers, addresses, etc) have been around for quite a while - Microsoft included such a program in Windows 1.0. But AZZ Cardfile is different - it's got a customizable interface so the program can appear the way you want it to appear, with the functions important to you always front and center. A surprising feature for a classic program, but a very useful one. It can also launch relevant other programs when specific information is used. There also isn't a limit to the number of cards you can have in any contact's data entries - a surprising feature for a program from this era.

The program does show it's an age in several ways - the ability to import from Microsoft card file or to install to Windows 95 are unlikely to be useful today, but that also means it's very resource non-intensive as well. But that doesn't mean the program is devoid of modern features either - this description is meant for the Windows desktop version of the software, but a smartphone version does exist and provides syncing between the two versions. A surprisingly modern feature added to a classic program. Importing from Microsoft Office programs - from the 90s versions up to the modern day - is quite useful as well.

One last thing is that since this program was around when free demos of programs were commonplace, it has a free demo version available! That's something that is rarely seen in modern counterparts.

This program has a customizable interface! Don't like how it looks? Change it!

AZZ Cardfile has managed to outlast the very program it was meant to compete with, and 20 years later, it's still a mainstay on many machines. And with a free demo available, there's no excuse not to try it out.

EssentialPIM
A way to integrate their email, passwords, calendars, contacts, etc. into one application
Download EssentialPIM