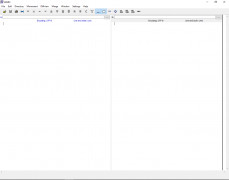 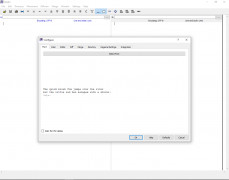 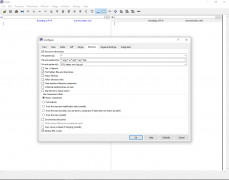 KDiff3 is a free tool developed by Joachim Eibl and distributed under the terms of the General Public License (GPL). This tool compares and merges two or three lines of text in a file or directory, shows the difference per line, per character across the total comparison length, and an automated merge facility.

KDiff3 software accomplishes its auto-detection operation using the BOM byte-order-mark, which with its merge tool and the integrated editor provides a timely solution to possibly arising conflicts occurring during the merge. Also, the tool's user interface is created in such a way that it is easy to use and the user can easily be able to understand prompts. More so, for occasions of manual alignment, this is also supported.

Pinpoints differences between compared files or directories and prints them.

During the comparison and/or merge of directories, the directories are trans-versed as an entire tree while still in operation. Following this, the noted result is shown in per line formats or per character and the user can print this out as a paper copy rather than saving it on the computer depending on the user's choice.

Thus, because of the three-way merge or comparison capability, KDiff3 has a cutting edge over similar utility tools in its handling of complexities and coupled with the support it has for multiple platforms, it becomes a winner and deemed worthy of a download.

OLD VERSIONS
KDiff3 0.9.95 (8.37 MB)
KDiff3 0.9.98 (10.98 MB)
USER REVIEWS AND COMMENTS
Arthur Preston
This is a good product for those who work as proofreaders who still use Vista or Windows 7.
Mason Montero
This is a great product. Very thorough and useful interface. I appreciate the text highlighting and in-program file explorer. Can handle big files simultaneously. Especially useful for comparing files in two directories with automatically generated source code. Would recommend to a friend.
Angus
I have been looking for a software that will help me merge different files on my computer. I found kdiff3 for windows and it has made my life easier. It can compare two or three difference files and shows me the difference line by line. Makes it easy to find errors. It has version control too. It support different file types. Just can't beat it.
LEAVE A COMMENT ABOUT THIS PRODUCT
Ptable
Peco
WebSite X5 Evolution
NTLite Free 32-bit
Wolfhud
RELATED PRODUCTS