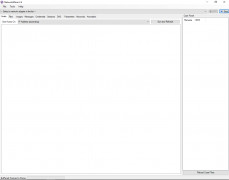 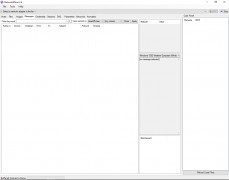 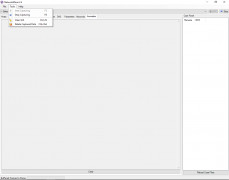 Network Miner is an open source tool that can be used as a passive network sniffer. It is available to be used on Windows, Linux, Mac, and FreeBSD operating systems. Can detect OS, sessions, hostnames, open ports and more without putting any traffic on the network itself! The data is presented in an easy to use format, that will help save valuable time to a forensic investigator. Since the release of NetworkMiner in 2007, it has become a popular tool used all over the world by incident response teams and law enforcement.

In conclusion, this is software that is used all over the globe. Has great reviews and is free. It does stuff that big name software will do and doesn't cost a thing. It is cross-platform compatible meaning you don't have to buy extra equipment. On top of not needing that extra equipment, you don't also need a Linux guru to come in and do it all for you. This is just a huge cost saving to help fight crime and provide needed support. It can even allow you to grab information and export for other less technical people. Let's say your accounting team needs data it can come to them in there favorite software - excel. This can also pull out audio files to be supplied at a trial by a judge without needing more special software. This could be played from a cell phone to a jury. You can purchase the professional version to carry around on a USB drive?? How insanely crazy easy is that. Just a great overall program.

Do som digging but you won't find anything cheaper or better for what you need as NetworkMiner.

OLD VERSIONS
NetworkMiner 0.87 (0.71 MB)
NetworkMiner 2.4.0 (2.08 MB)
USER REVIEWS AND COMMENTS
Joe Hargis
Working in security, I routinely need to analyze network packets and data that come across my radar. This software is fantastic for making sure that everything is safe and fits my company's requirements. This was amazing really and ultimately a product that stands out as unique and fitting a niche.
Cole
Running Information Technology departments while bringing new data centers and also enterprise sites online is not an easy task. With this in mind, Systems developed a suite of features tailored to enterprise
James
This is a great product that let's people such as law enforcement to better serve their cases and organize it better. And the craziest part is, it's free. So really it's a no brainier to download for your computer.
Oliver Rash
Network Miner is a great tool that lets you sniff ports for OS and other settings. Helps me get my job done quicker and is a breeze to use. The fact that its free is great. Amazing tool to have in any IT tool belt.
Luke
Network miner is so good.it makes easier my works.Everything in this all are simple.you can simply make the analysis.you can parse and extract files and also audio extraction is very useful.and it has advanced os finger printing.makes best my life works.
Murray
It's a network for your windows. It can detect the OS, host name and open ports thru sniffing out a file. It can also take transmitted files from the network traffic, freeing up your load. This is the Network's Choice. It has over 200,000 downloads already and it can be used on Windows 7, windows 8, windows 8.1, windows 10, windows vista and windows xp.
Aidan
NetworkMiner is one of the very useful analysis tool and very easy to operate. this analysis tool helps to detect the operating system without traffic helps the users in a very effective way. The easy performance of the network miner is one of the added benefits which makes the operations of the system very helpful.
Robert
Good network sniffing and packet analysis tools are hard to come by but NetworkMiner is one of the best out there on the market. With this software, you are able to execute Network Traffic Analysis and customize your parameters with ease. It offers a clean and detailed UI and makes identifying operating systems, sessions or hostnames extremely easy. It is used by many security firms and I highly recommend it.
Matthew
NetworkMiner for windows is the best application software to extract transmitted files from network traffic. NetworkMiner is a network forensic analysis tool. It detects OS, host name and open ports of post network by packets sniffing. It is mainly designed for passive network sniffing it is also also known as packet capturing tool. It is very easy to install and easy to use without great knowledge of computer.
Jamie
This software amazingly does its job, without putting any traffic on the network it detects operating system, host name, open ports, like other software it did not make my system lag or run slow, it analyzes perfectly malicious PCAP FILES
Owen Mcdonaldson
NetworkMiner is a network forensic analysis tool (NFAT) for Windows that can detect various types of network traffic, such as HTTP, SMB, DNS, and other protocols. It can also extract files from network traffic, as well as recover passwords from various protocols. NetworkMiner can also be used for traffic analysis, and as a passive network sniffer/packet capturing tool in order to detect operating systems, sessions, hostnames, open ports and more.
LEAVE A COMMENT ABOUT THIS PRODUCT
TCP Port Listener Tool
PingMe
SoftPerfect Traffic Meter
Kiwi SyslogGen
Network Speed Test
RELATED PRODUCTS

Wireshark
A program that is used for network troubleshooting.
Download Wireshark