Make backup copies of Xbox 360 games you own on your home computer. 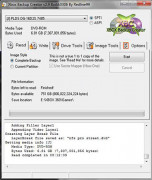 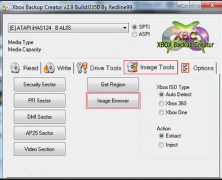 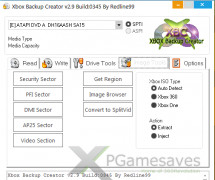 Xbox Backup Creator helps you effortlessly backup your valuable Xbox 360 games on your computer in the comfort of your own home.

Xbox Backup Creator is a Windows ALL-In-One solution to all of your backup needs for the Xbox1 and Xbox 360. Gone are the days of having to go out and spend $60.00 to replace an Xbox 360 game that your little brother stepped on, spilled a drink on, or threw across the room in a fit of rage. Simply backup all of your favorite games to your hard drive or another disk, you can even save the game files to a USB and play directly from the USB.

Xbox Backup Creator is a feature-rich, easy to use backup tool designed to work with the original Xbox and Xbox 360 games. It has full support for DMI, SS, and PFI using Xbox and Xbox 360 drives with a (CPE/OPA) Xtreme SS-extracting FW or with the SH-D162c or SH-D163a/TS-H353A PC drive using Kreon's latest alternative FW.

ADDITIONAL INFO
USER REVIEWS AND COMMENTS
Charles Davis
Overall, a fantastic product! It's amazing what the program can do and I'm so incredibly thankful i used it in time. My house was just recently struck by lightning and my XBox was fried. I though I'd lost everything but thank god I remembered I'd backed it up. Boom. Within a few minutes, everything was back to normal and I was good to go!! Best program ever.
Colin Brad
It seems to be nice and innovative back up facility of Games useful for the kids. It's easy to install in a very short period of time. Original games can be copied in any storage device and also can be burned also if necessary. It makes the games available easily without going o purchase individually every time.
Logan
The amount of times Xbox Backup Creator has saved my games is crazy. If you're clumsy like me, you sometimes break discs as they're so fragile, but this program allows you to save important game data. Essentially, the software creates backups for games on the Xbox 360 and burns them to be saved on your hard drive. The software is incredibly easy to set up and use and is very quick to make a backup.
Jamie
I've been using my Xbox 360 for almost 5 years now and recently it has been losing data. Instead of buying a new hard drive, which would be expensive for my old device, I bought Xbox Backup Creator, It has never been easier to import my Xbox files to my windows computer and not worry about losing my world saved. 10/10 totally recommend
Sam
I didn't know I needed this program until I started playing games on my Xbox machine. This software lets me create backups of Xbox 360 games. I created backups of my favorite games for Xbox, burned backup on discs and made images on the hard drive. Lucky that I did that. My disc got scratched and no longer worked but I was able to use my backup to continue playing. It's a life saver.
Owen
Xbox Backup Creator is a windows software that is coded to be a backup solution for your xbox game consoles. The free for use software is designed to make it possible to ensure that if your xbox gets upgraded that you can make a back of the old one so you can then restore it to a replacement or upgraded console.
Owen
I am so grateful for xbox backup creator. If it wasnt for xbox backup creator I would have lost all of my progress in at least ten games when my Xbox broke a few months ago. I would highly recommend this product, the best part being that its free if it wasn't free I might not have purchased this, five stars
Alfie
My parents bought me an XBox 360 system. Life is great. I want a way to backup the games on my PC. I found Xbox Backup Creator for Windows. That's it. It's a small application so it doesn't take up much room on my computer. My problem with the games I buy the my Xbox is that the disks get scratched often and after a while I can't play them. When I backup my games, I have the files on my computer and can just run them. No more disappointment from scratching the disks. I can share the game easily with my friends too. I can burn them as disks or save them as images on my hard drive. How wonderful!
Luca
Xbox Backup Creator for Windows is a backup system that allows users to save their data from their xbox to another source. This allows users to update their xboxes and get all the benefits from that while being able to keep their data from before the upgrade. The data can then be transferred back onto the xbox. It allows for back ups from games from the original xbox games as well as the 360 xbix games.
Alexander
Xbox Backup Creator is such an amazing Xbox 360 gaming backup software. We can Easily access this Software on our home computer in easy way. do not waste money to go and backup your Xbox 360 games that were accidentally spoiled. Simply backup your Xbox 360 games to your hard drive or any other disk, you can also save the game on USB. And you can play straightly from USB. Easy to use and intuitive interface. It can make your Copies within a few minutes. Such wonderful software is this. I Strongly Suggest this Xbox Backup Creator.
LEAVE A COMMENT ABOUT THIS PRODUCT
GameLoop
PPSSPP
FocusWriter
Ghostwriter
Typora
RELATED PRODUCTS