by by Hyperionics Technology, LLC 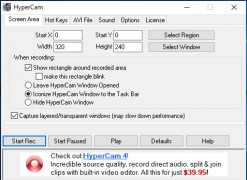 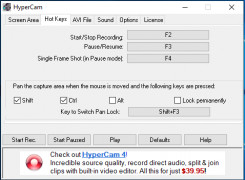 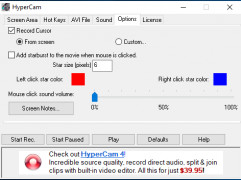 HyperCam 2 is free to use software that allows you to capture your full desktop in a multitude of file formats. Not just capturing a window, HyperCam 2 will cover your entire desktop. This means from the movement of your mouse cursors, and the highlighting of icons, to the loading of program windows or even the playing of games; will all be captured by the HyperCam 2.

HyperCam 2 is a free software capturing the desktop screen in totality. It's a range of utility from beginners to advanced users is a great feature. The total possibilities are limitless, anything you can perform on a computer screen can be captured and output into a litany of .avi formats. It's a focus on .AVI format allows high-end users and advanced users to get an extreme amount of utility form the software. If you are considering recording your desktop, and want to do it for free-- this is the choice for you.