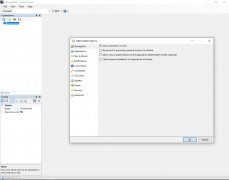 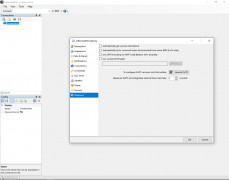 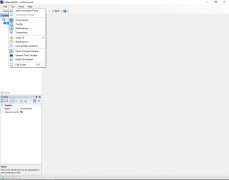 This program is a cross-platform remote computer management program, supporting most of the popular remote management protocols, including some which would usually be exclusive to non-free software. The software has been built for various different operating systems, and the Windows version, in particular, gives Windows users access to network protocols which have traditionally not been included in Windows, such as SSH and SFTP. These features, which are accessible only by the terminal in Linux and macOS computers, are now useable through a graphical user interface, with multiple tabs, allowing for easy simultaneous management of multiple remote computers and servers. More advanced features to streamline the task flow of administering multiple computer networks are also available to users who wish to customize their experience.

In addition, the open-source nature of this program means that people around the world collaborate to add new features, find and fix bugs, and provide technical support to each other. In this way, software features and tech support that would normally only be available with expensive commercial software are now available to all.

Compared to other remote management software, mRemoteNG is open-source, meaning that people around the world can add features to it.

Overall, mRemoteNG is an excellent choice to network administrators, or anyone else interested in taking a more hands-on approach to setting up their home network. It is free and open-source, with an active development community and user base to provide support to new users. Installing this software on a Windows computer allows for the use of network access protocols which are not included in Windows by default, and unlike other open-source access programs, mRemoteNG also supports common non-free protocols as well.

To install mRemoteNG, you need a computer running Windows 7 or newer. Update your computer with all the latest software patches, and then download mRemoteNG from the site. Double-click the file and follow the prompts to install it. If you need Citrix support, make sure that the ICA client is installed before you install this program.

USER REVIEWS AND COMMENTS
Luke
Product appears to be open-source remote management for IT support between users. Product can be used for managing home networks as well as accessing computers via the internet, therefore adding to it's usefulness. Seems to be a product for remote access when not viable to use coding/IP address sharing. Product does not appear to be increased safety measures for tapering with computers via connection. Does not indicate that connection is secure.
Robert
Interesting software, hard to know what it does unless you have some computer background or do significant research. Seems like it would be useful for programmers to limit errors and see everything they are working on at once. Seems like the information it is providing is something the user could find but this software could make it much easier and more convenient.
Alfie
I used mRemoteNG a while back and forgot it was installed, my laptop ended up overheating for some reason while it was charging and it ruined not only my laptop, but the battery, charger, and was quite scary situation. I'm not certain if it was mRemoteNG that caused this issue, however, it seems possible.
Leon
What I found to be really cool about this software is the ability to create a folder with a bunch of machines in it and be able to log in as an administrator across all those machines in that folder. In creating the folder all you have to do is put your machines in it, input the admin username/password and hit "inherit" once and it will allow you to jump into any machine as admin and in the IT world that saves a lot of time. Another cool thing is just the ability to have different remote sessions using different remote protocols open and easy accessible. In one window you can have an RDP session to your windows server, in another you can have a ssh session to your linux server, in another you can have a telnet session open to your switch, very cool indeed. So for any IT folks out there that aren't using this software, give it a try, you're missing out.
LEAVE A COMMENT ABOUT THIS PRODUCT
SoftPerfect Traffic Meter
Kiwi SyslogGen
Network Speed Test
Virtual Router Manager
Router IP Address
RELATED PRODUCTS